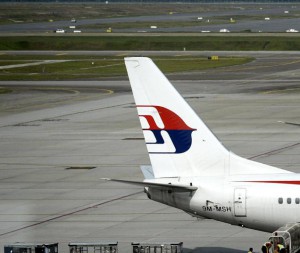 SYDNEY: Indonesia and Malaysia will lead a trial to enhance the tracking of aircraft over remote oceans, allowing planes to be more easily, Australia’s transport minister said on Sunday.
The announcement comes one week ahead of the anniversary of the disappearance of flight MH370, which vanished last year on a flight from Kuala Lumpur to Beijing with 239 people on board. No trace of the plane has been found.
Air services Australia, a government-owned agency that manages the country’s airspace, will work with its Malaysian and Indonesian counterparts to test the new method, which would enable planes to be tracked every 15 minutes, rather than the previous rate of 30 to 40 minutes, Australian Transport Minister Warren Truss said.

The trial is expected to use satellite-based positioning technology already on board 90 per cent of long-haul aircraft that transmits the plane’s current position and its next two planned positions, said Airservices Australia chairman Angus Houston, who helped lead the search for MH370.
The trial would boost the frequency in which planes would automatically report their position, allowing air traffic controllers to better track them, Houston said.
“This is not a silver bullet,” Mr. Houston said. “But it is an important step in delivering immediate improvements to the way we currently track aircraft while more comprehensive solutions are developed.”
There is no requirement for real-time tracking of commercial aircraft and ever since flight 370 disappeared, air safety regulators and airlines have been trying to agree on how extensively planes should be tracked. The Boeing 777 veered sharply off-course and vanished from radar shortly into its flight on March 8.
An international team of experts who analysed a series of hourly transmissions between the plane and a satellite later determined that the plane travelled for another seven hours before crashing somewhere within a remote 60,000 square kilometer or 23,000 square mile patch of the Indian Ocean.