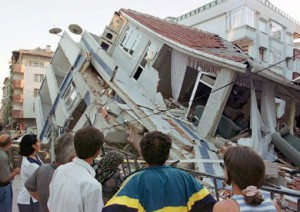 NEW DELHI: At least 51 people were on Saturday killed and 237 injured in various parts of the country in a powerful earthquake, with epicentre in Nepal, which destroyed or damaged several houses and buildings.
Bihar, Uttar Pradesh and West Bengal, bordering Nepal, were the worst-hit parts of India in the quake measuring 7.9 on the Richter Scale.Minister of State for Home Kiren Rijiju told PTI that Bihar accounted for the highest number of deaths–38–and 133 people were injured in the state.
In Uttar Pradesh, 11 deaths took place and 69 people were injured while in West Bengal 2 persons perished and 35 were injured in the quake, he said.With Prime Minister Narendra Modi himself monitoring the situation and issuing directives, massive rescue and relief operations were initiated on a war footing.
“As per the latest information, 44 people have lost their lives in India and the toll may go up,” Minister of State for Home Affairs Kiren Rijiju told a News Agency here tonight. 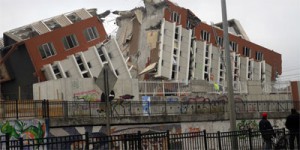 The Prime Minister, who took stock of the situation at a high-level meeting here, directed immediate dispatch of rescue and relief teams, including medical staff, to the affected areas.
He also spoke to Uttar Pradesh Chief Minister Akhilesh Yadav, Bihar Chief Minister Nitish Kumar, West Bengal Chief Minister Mamata Banerjee, Sikkim Chief Minister Pawan Kumar Chamling and Madhya Pradesh Chief Minister Shivraj Singh Chouhan.
The central government’s Crisis Management Committee, headed by Cabinet Secretary Ajit Seth, is holding regular meetings to keep a watch on the situation.
Home Secretary L C Goyal said five teams of National Disaster Response Force, comprising 45 personnel each, were dispatched to Bihar and Uttar Pradesh for conducting rescue and relief operations.
“Our focus is on rescue operations. The damage assessment will follow in some time,” he said.Rijiju said rescue and relief teams have been sent to Patna, Supaul, Muzaffarpur, Darbhanga, Gopalganj in Bihar and Gorakhpur in Uttar Pradesh.Rijiju said that additional personnel of National Disaster Response Force have been sent to quake-hit Bihar, Uttar Pradesh and West Bengal.
He said paramilitary personnel were also put on alert so that they could be deployed at a short notice,” he said.”We have fully mobilised our forces and deployed for the rescue of quake-hit people. The operation will continue throughout the night. From tomorrow onwards, we may concentrate on relief operations,” he said.
Rijiju said a total of 460 NDRF personnel have been dispatched to Nepal along with all rescue gears to help the local administration in rescue operations.