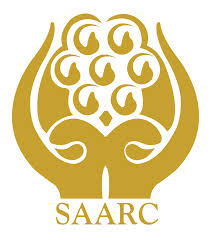 KOLKATA: With 29 years rolled by since South Asian Association of Regional Cooperation (SAARC) came into being, “but what was the actual outcome?’’ Was the question accamedecians and top journalists asked the question in a seminar here yesterday.

“But we have excelled in corruption, political immorality and political criminalization,’’ said Dr Sujay Basu who addressed the gathering during a seminar here. Incidentally the seminar was held a little before November when our leaders would meet again.

A seminar held here and theme was, surprisingly Why not a United States of Indian Sub-continent?

“For so many years we have not achieved much in terms of inspiring the original spiritual heritage that used to bind us together since ancient times? What our SAARC leaders did to cement pre-Independence sentiment among the nations and did they strive for a more closely nit union of nations notwithstanding their independence status which nobody would ask to surrender to anyone.’’ Said Zaglul Ahmed Chowdhury, a well-known editor, colomnust of Bangladesh’s The Financial Express.

The seminar organized by Dhaka-based Society Against Violence & Inhuman Action (SAV&IA), spread out a theme: (now) Why not a United States of Indian Sub-continent (not as one nation) but converting SAARC nations with more powerful mechanism to deal with issues like, removal of  poverty, illiteracy, ending the population explosion with a common agenda of family planning, ending political conflicts, strengthening democracy and putting an end to religious fundamentalism.

And “I agree with the society that SAARC leaders have ignored these issues and instead allowed conflicts to grow to a proportion which still keep us divided,’’ added another eminent academician Dr Sujay Basu, saying, “surprisingly our politicians can explain, perhaps despite 67 years of end of British rule, we have still a little more than 37 percent illiterates in our nations!’’

“In Pakistan a big portion of common people do not want war but their politicians and a section of their Indian counterparts  keep Kashmir issue alive for domestic political reasons,’’ commented an eminent Indian journalist Sankar Ray.

Thus opinions flowed out which commonly criticized the SAARC leaders for ignoring major issues and patronizing corruption, illiteracy and poverty “for trying to get political mileage with helpless people.’’

“It’s high time that we think of a more powerful mechanism which convert old SAARC into a more effective body instead of big but empty talks of unity and rediscover ourselves,’’ read the society’s theme paper.