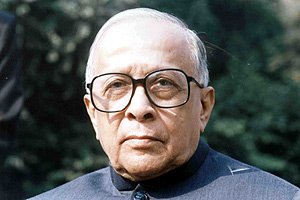 KOLKATA: It’s a little more than three months since just concluded general elections, the Left
suffered a nation-wide crushing defeat, especially in Bengal, but what left everyone
surprised, even the party men and former party leaders and workers that a shocked Left seems
to have lost out in introspection and emerged with no plans to redraw a revival plan.
“A little censure of BJP-dominated NDA Government policies, including budget or criticizing
post-poll violence in Bengal, will not help CPI(M), Forward Bloc, Revolutionary Socialist
Party and Communist Party of India redraw a revival plan,’’ said a CPI(M) leader.
“The party now busy celebrating birth anniversary of late Jyoti Basu, but Allimuddin Street
(party’s Bengal headquarters) and party leaders in New Delhi, after resisting demand for
changes in leadership which party quelled without a plan to strategise for a change to meet
the demand of a changed political scenario, do not realize they aren’t left with much options
for survival and they are missing the trains,’’ he added.
A commentator felt it’s not that there isn’t any issues either in Bengal or in India, but
their leadership’s over dependence on short-term political problems in Delhi which they kept
exploiting, including minority Congress-led UPA I and UPA II, or fixation with absurd ideas
like third front blunted the edge of intellectual level of Left.
“Otherwise they would have understood that how Manmohan Singh’s economic reforms wrote their
obituary and they were blind enough to believe that new Indian middle-class and with their
disconnect with rural India, they would survive again,’’ admitted a Left ideologue in Delhi.
Certainly in new age politics with so many issues, lying Left leaders are behaving visionless
people with their party workers leaving their party and either joining the BJP or Trinamool
Congress not only for survival but also for a new cadreship.