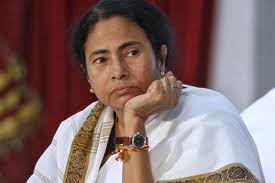 KOLKATA: It was during just concluded Lok Sabha poll, in Krishnanagar’s Chaumaha, Trinamool Congress candidate Tapas Pal (who eventually won) asked party workers “if needed I would ask my boys to rape your women and shoot your boys with revolvers (he spoke in Bengalee to intimidate CPI(M) cadres)….’’

Ironically, his recorded speech came out after almost a little more than three months after these words were uttered which even escaped Election Commission’s scanner!

But as it got exposed and exploded, his recorded words set off  a wave of condemnations from all walks of life yet a “pained’’ and a silent TMC leader and Chief Minister Mamata Banerjee deputing her close men to brief media, actually added to the mystery “if TMC is actually going to sack Pal for all he said, taking Bengal to medieval times.’’

While in Tapas Pal’s wife Nandini regretted her husband’s comments saying he “should have remained cool to provocation, as I apologise for what he said.’’

“We didn’t realize while we fought for nation’s freedom, that we would we’ll have people like Tapas Pal and many other criminals who would ever enter nation’s Parliament,’’ said 95-year-old poor freedom fighter who didn’t want even to be named or quoted!

However, while top TMC leaders, like Mukul Roy, Partha Chatterjee and others told reporters “Mamata Banerjee is shocked and pained though Pal tendered his unconditional apology and we expect an explanation from him in 48 hours then party would react.’’

And while condemnation all poured in from all sides just the expected way, Mamata Banerjee sensed a doom as her party faces a nation-wide condemnation, and in state BJP leaders who said they would send a CD to LS Speaker so that “She can understand the real quality of  Trinamool Congress MP who entered Parliament….’’ And for right reasons, a silent Mamata Banerjee sensed pal’s scripting a doom.