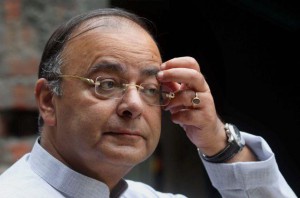 NEW DELHI : Finance Minister Arun Jaitley today said it was not his intention to be insensitive when he talked about “one small incident of rape” costing India billions in tourism, a comment that has sparked massive outrage.”One small incident of rape in Delhi advertised world over is enough to cost us billions of dollars in terms of global tourism,” Mr Jaitley said at a tourism ministers’ conference on Thursday.
Many interpreted it as the minister’s insensitive descriptor for the 2012 Delhi gang-rape, which scarred India and was condemned worldwide.
Today, Mr Jaitley said he never talked about any specific incident. “I regret that some word that I used was construed as insensitive, that was never my intention. I have been always been very outspoken about issues relating to crime against women. I am very sensitive to these issues myself,” said the 61-year-old, one of the senior most ministers in Prime Minister Narendra Modi’s government.
On December 16, 2012, a 23-year-old physiotherapy student was assaulted on a moving bus by six men who gang-raped her and tortured her with an iron rod. The woman, who came to be known as “Nirbhaya” (the courageous one), died of horrific injuries a fortnight later, leaving a nation angry and precipitating big changes in law.The woman’s mother said she was “hurt” by Mr Jaitley’s comments.”When they wanted, they used Nirbhaya’s name for political purposes but now that they are in power, they call it small,” she said.
Congress leader Shobha Oza called it “an idiotic and horrendous statement” and said Mr Jaitley “must apologize to the women of the nation.” Women Congress members say they will protest outside the BJP office.The word “small” was edited out of Mr Jaitley’s speech transcript issued by the Press Information Bureau, which handles government publicity.But it had a reverse effect and did nothing to stop the firestorm of criticism on social media.”Nirbhaya’s life was more precious than ur billions of dollars,not a ‘SMALL’ thing!” posted Komal Tewari.
Joydas commented, “One ‘Small’ Incident of rape in Delhi Cost us Billions of dollars in tourism, says Arun Jaitley. Sensitive. Very Sensitive.”
Meanwhile, Union Finance Minister Arun Jaitley’s recent statement that one incident of rape in Delhi has hit the tourism sector, causing loss of millions of dollars, has severely disappointed Nirbhaya’s father who, on Friday, termed the BJP leader’s remark as ‘irresponsible’. Terming Jaitley’s statement as irresponsible, he said the comments made by the Finance Minister has deeply disappointed him.