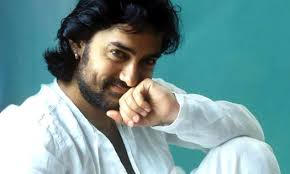 MUMBAI: Aamir Khan is eagerly awaiting the reaction of the viewers to his unreleased film that will be aired on June 8 on &Pictures. So much so, that he refuses to even let out the name of the film, forget talking about the content.
“I am very keen for people to watch this film, which is why I will be chatting live with them during the telecast. All these questions will be answered on June 8,” smiles Aamir.
When prodded about the story, he says, “Watch the promo, all the hints are there in it.” All he lets out is that during the making of the film, one couple got married and another got divorced! As he says in the promo the film is realistic. “This is an unique kind of film never seen before on Indian TV and I am proud of it,” he says. When asked why he opted to release it on the small screen, he confessed that when the film was being made he wasn’t sure if it would be released at all! “I just made it out of passion, did not think about its release,” he quips.
He, however, didn’t rule out making films specifically for TV. “Why not, it depends on the material. Abroad there are HBO films like Game Of Thrones and House Of Cards that are made directly for TV, but are comparable to film quality. If I get content suitable for a film specifically for small screen I will make it. Big screen or small, the content has to interest and engage people,” he elaborates.
Does he think his unreleased film will be more appealing to the TV audience? “I hadn’t thought about it, but yes it is suited to the TV viewers,” he quips. As mysterious as Aamir is about his film, his plan of getting the viewers to interact with him during the telecast is a masterstroke and sure to draw eyeballs!