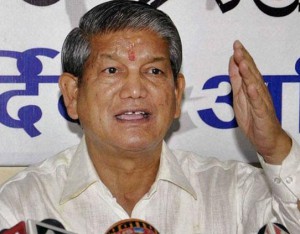 DEHRADUN: In the hill town of Nainital, where top lawyers are arguing over the imposition of President’s Rule in Uttarakhand, the state’s High Court today told Attorney General Mukul Rohatgi that “All is fair in love and war.”

Mr Rohatgi is representing the Centre in a pitched court battle against the Congress, which has challenged the dismissal of its Harish Rawat government in the state last month.
The court made its observations after the Attorney General wrapped up his arguments in the case by contending that “Harish Rawat cannot get another chance to manoeuvre his position.”
The Centre imposed Presidents Rule in Uttarakhand on March 27, removing Chief Minister Harish Rawat’s government in the state less than 24 hours before a crucial trust vote that would determine whether Mr Rawat had majority support in the assembly.
The Congress says that Mr Rawat must be allowed to prove his majority on the floor of the House. The Centre argues that Mr Rawat’s government was shown to be in a minority when it failed to get the state budget passed in the assembly on March 18, when nine rebel lawmakers of the ruling Congress joined the opposition in voting against it.
As he finished arguing why the Centre was justified in bringing Uttarakhand under President’s Rule, Mr Rohatgi handed over a pen drive on which is stored a sting operation that allegedly shows Mr  Rawat making an attempt at horse-trading.

“When a voter votes he doesn’t vote only for a party. He also votes for the individual. The Centre has to respect the voters decision,” said the court, to which Mr Rohatgi said, “What work the Harish Rawat government has done is something that doesn’t come within the ambit of this case.”
The Attorney General said the court must confine itself to the events of March 18, when 35 members of the 70-member Assembly voted against Mr Rawat.  The Congress’ Abhishek Manu Singhvi has now begun his final arguments in the case.