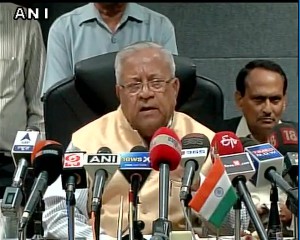 GUWAHATI: Terming India as the “most tolerant country in the world”, Assam Governor Padmanabha Balakrishna Acharya on Sunday said all Indian-origin people, including Muslims, persecuted in any foreign lands were welcome in the country.
“Any Indian-origin people persecuted in Bangladesh and in any foreign land have the legitimate right to come to India and it is our duty to receive them… People of all religions, including Muslims, have the right to come to India,” Acharya said at a press conference.

When specifically asked if Muslims persecuted in Bangladesh are also welcome, he said, “Why not? Taslima (Nasrin) has come to India…Originally Bangladesh was part of India and the people were Indian. But during partition, Indian Muslims went to Pakistan. India has a big heart. India is the most tolerant country in the world,” Acharya said.
He, however, said that Hindus originating in other countries had no right to come to India. “American Hindus or British Hindus or Hindus in other nations…they can go to their own countries. I am talking about those people who were originally from India,” he added.
The Assam Governor had during a book launch yesterday said that ‘Hindustan is for Hindus’ and that the name of a single Bangladeshi should not be in the updating of the National Register for Citizens (NRC).
Acharya’s comment came in reply to a question on updating the NRC list and on the controversy surrounding the Centre’s notification of allowing religious minorities from Pakistan and Bangladesh fleeing persecution to seek shelter in India.

Asked about any plan to settle the refugees across different states in the country by not giving the entire load to one particular state, Acharya said it was the duty of the government, both state and Centre, to formulate a mechanism for settlement.