NEW DELHI : Given India’s tradition of renunciation of family life for public life, Narendra Modi’s belated acknowledgment of his marriage may not damage Bharatiya Janata Party’s prime ministerial candidate, according to the New York Times.“Though leaders of the Congress Party accused Modi of deceiving the public, it was unclear whether news of his marriage – which was apparently not consummated – would damage Modi,” the respected US daily said reporting on Modi’s “Wife, of Sorts.” 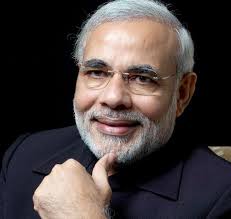 “Renunciation of family life is a tradition in India’s public life, going back to Mohandas K. Gandhi, who was married but took a vow of celibacy. Gandhi spoke of his wish to be ‘God’s eunuch,’ and a ‘eunuch for the nation,’” it noted.The daily also noted that in four previous registrations, Modi had “left the question of his marital status blank, but scrutiny over the question steadily mounted as he became the front-runner for the post of prime minister.”
Before Modi’s disclosure “this year’s general election offered the unusual spectacle of a face-off between two men who boasted of being single,” the Times said.“Last year, Rahul Gandhi, the vice president of the Congress Party, told supporters that he did not plan to marry because, as he put it, ‘I will become status-quo-ist, and I will like my children to take my place,’” it recalled.
“Hinduism teaches reverence for intense self-control, growing in strength as a man passes through four stages of life – the student, the householder, the hermit and, finally, the wandering ascetic,” Times noted. “The two prime-ministerial hopefuls are invoking that tradition “instrumentally,” in part because they sense rising public anger over corruption,” it said citing the historian Ramachandra Guha, author of “India After Gandhi.”“It is a religious, cultural tradition, and it is also statecraft, because it means you are not going to loot the public exchequer,” he was quoted as saying.
“Public renunciation reinforces the sense that candidates are not ordinary people but superior, more evolved creatures,” The Times said.“This is implicit in grandeur of campaign appearances, where candidates step out of helicopters into blizzards of rose petals, to be wreathed in garlands of fresh flowers, as masses of people strain to touch their hand,” it said
The Times also noted that many of “India’s political heavyweights are single, including the so-called three ladies whose loyalties could well determine the shape of the next government”: Tamil Nadu’s Jayalalitha Jayaram; West Bengal’s Mamata Banerjee and Uttar Pradesh’s Mayawati.