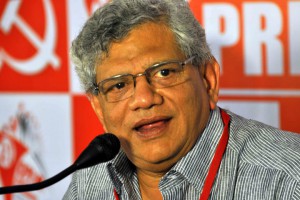 “The Modi wave had already halted in Delhi, yesterday in Kerala and now in Bihar,” Mr. Yechury said adding it was dubbed a tsunami, but it only succeeded in bringing destruction to the country.
He said that since 2014 the BJP was working against the secular democratic structure of the country. Their campaign had now backfired in Bihar.