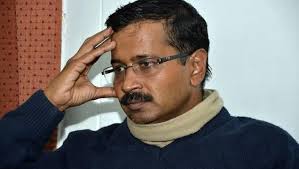 NEW DELHI : In a letter glinting with the promise of a mega-confrontation, Delhi Chief Minister Arvind Kejriwal has accused the state’s Lieutenant Governor Najeeb Jung of leaking privileged information to the media and taking his directions from the union government.
Earlier today, Ashutosh, a senior leader from Mr Kejriwal’s Aam Aadmi Party or AAP was more direct, accusing the Lieutenant Governor of serving as “a Congress agent.”The feud is pivoted on Mr Kejriwal’s plan to present his anti-corruption Jan Lokpal Bill for the consideration of the Delhi Assembly at a special four-day session later this month. The chief minister has taken umbrage at the Lieutenant Governor’s decision to seek legal advice on the issue.
“Lokpal” refers to an ombudsman empowered to investigate corruption charges among government officers.  India’s Solicitor General Mohan Parasaran has said that because the Lokpal will be funded at least in part by the union government, the Home Ministry must clear Mr Kejriwal’s bill before it is debated and voted upon by the Delhi legislature.  In his note, Mr Kejriwal claims, “We’ve sought the opinion of four constitutional experts who say this is not the case.”
He also says, “I wanted to meet you as you’re my father’s age and I have been receiving your affection but as you seem to be under pressure from the Home Ministry and a particular party, and the communication seems to be happening through the media, I am going public with this letter. ”
Mr Kejriwal has repeatedly disdained the union government for housing corrupt ministers and working overtime to shield them. The Lokpal law passed recently by Parliament is so ineffectual that “even a mouse will not be imprisoned” with it, he said, vowing that his version will be far more strident.