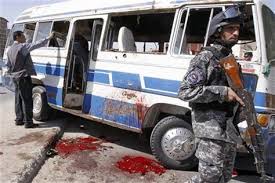 NEW DELHI : Some 40 Indians are missing in the violence-torn Iraqi town of Mosul, which fell to Islamist militants on June 10. They cannot be contacted, says the foreign ministry. “We know 40 Indians are in Mosul, they are uncontactable. Despite our best efforts, we haven’t been able to establish contact with them at this stage,” said Syed Akbaruddin, Indian foreign ministry spokesperson.
“There are no reports of any Indians targeted or involved in any violent incidents,” he asserted, responding to reports that the Indians were kidnapped. Officials say these are construction workers who are difficult to track as they are directly recruited by contractors, without registration with the authorities.
At least 100 more Indian workers could be stranded in Tikrit, which also fell to Sunni insurgents waging a war against the Iraqi government, and Erbil, a city where many are taking refuge from the violence. India has set up a 24-hour helpline and is trying to find a way of evacuating its citizens. The situation is somewhat better for Indians stuck in other parts, like Navin, a hotel worker who spoke to NDTV this morning from a town 80 km from Baghdad.
“There are five people with me. There is firing around, but we are safe so far,” Navin said, adding that he had been able to contact his family in India. Among the Indians caught in the crossfire are 46 nurses in Tikrit who sent out an SOS to the Kerala government on Friday. (Read) “We are literally prisoners within the hospital premises,” one of the nurses, Marina Jose said to NDTV on the phone, explaining how tough it is to contact families in Kerala. “We are afraid because we have no security here. All the military, police, everybody escaped from here. Only we are here,” she said