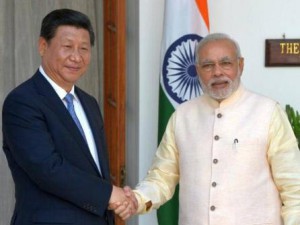 NEW DELHI: When Prime Minister Narendra Modi arrives in the ancient city of Xian on Thursday at the start of a visit to China, he will be met by Chinese President Xi Jinping, in an unusual departure from normal protocol.
“I am looking forward to the trip to China… the 21st century belongs to Asia, ” the PM said to China’s CCTV ahead of his visit. Top Chinese leaders almost never travel outside Beijing to meet senior foreign guests on bilateral visits, and President Xi’s appearance in Xian, located in his home province of Shaanxi, underscores China’s determination to set aside past rancour between the world’s two most populous nations, experts said.
“It definitely indicates the significance our president puts on Mr. Modi’s visit,” said Li Li, an India expert at the government-backed China Institutes of Contemporary International Relations.

“From the Chinese side, we were very impressed by the hospitality extended by Mr. Modi during Xi Jinping’s visit to India,” he added, referring to PM Modi greeting President Xi in his home state of Gujarat when the Chinese leader visited India last year.
Still, the list of problems both countries face are considerable, ranging from a festering border dispute to China’s support for India’s arch-rival Pakistan.
New Delhi had raised the issue of a proposed China-Pakistan economic corridor with Beijing, Indian Foreign Secretary Subrahmanyam Jaishankar told a press conference on Tuesday.The corridor would pass through Pakistan-Occupied Kashmir.
President Xi announced the trade and transit route from Pakistan’s southern Gwadar port on the Arabian Sea to China’s western Xinjiang as part of a $46 billion investment programme during his visit to long-time ally Pakistan last month.
PM Modi’s new account on Chinese social media site Weibo, China’s version of Twitter, was filled with messages soon after launching this month asking him to “return” Arunachal Pradesh, which China claims as  South Tibet.
China claims more than 35,000 sq miles in the eastern sector of the Himalayas – India has firmly rejected this claim.India says China occupies 38,000 square km of its territory on the Aksai Chin plateau in the west.
In September, the two armies faced off in the Ladakh sector in the western Himalayas just as President Xi was visiting India for the first summit talks with PM Modi.