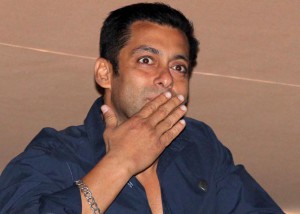 NEW DELHI: In the 2002 hit-and-run case, accused actor Salman Khan has said in the court that a false statement has been registered against him. He also said that Ashok Singh(his driver) went to the police station and he was driving. Police did not register Ashok’s statement.
The actor also stated that chemical analyser Bala Shankar did not know any procedures and he is not an expert, adding that he had not consumed liquor on the day of the incident.
During the hearing of the case, Bollywood superstar Salman Khan moved an application to ban the media during the recording of his statement in a 2002 hit-and-run case in a sessions court here on Friday but it was rejected.
Judge D. W. Deshpande rejected the plea but directed the media to report only after the recording of Salman’s entire statement is completed.
He also directed the media to refrain from opinionating in the matter, or dwelling on merits and demerits of the case and to stick to plain reporting of the actual proceedings before the court.

Earlier, Salman reached the Mumbai Sessions Court at 11 a.m. to record his statement on the sequence of events pertaining to the case, which left one dead and four injured after his rashly driven vehicle crashed into them.
The actor was ordered to personally appear before Deshpande to record his statement under Section 313 of the Criminal Procedure Code, considered a crucial stage in the retrial of the case before the final arguments begin.The development on Friday follows the conclusion of arguments by prosecutor Pradeep Gharat earlier this week.
On Wednesday, Deshpande had rejected a plea by Salman’s lawyer Shrikant Shivade seeking adjournment of the statement’s recording by three weeks as the actor is also required to appear before a Jodhpur court in a case relating to possessing arms and shooting an endangered blackbuck.
In the wee hours of September 28, 2002, Salman’s white Toyota Land Cruiser rammed into the American Express Bakery in suburban Bandra, close to his sea-front home in Galaxy Apartments, before fleeing from the accident site.
One pavement dweller sleeping outside the bakery was killed and four others were injured, leading to Salman’s arrest by the Bandra Police later that morning.
The actor is facing charges of IPC Sec. 304(II) – which attracts a 10-year jail sentence, Sec. 279, Sec. 337, Sec. 338, Sec. 427, and under Motor Vehicles Act, 1988 and Bombay Prohibition Act, 1949.