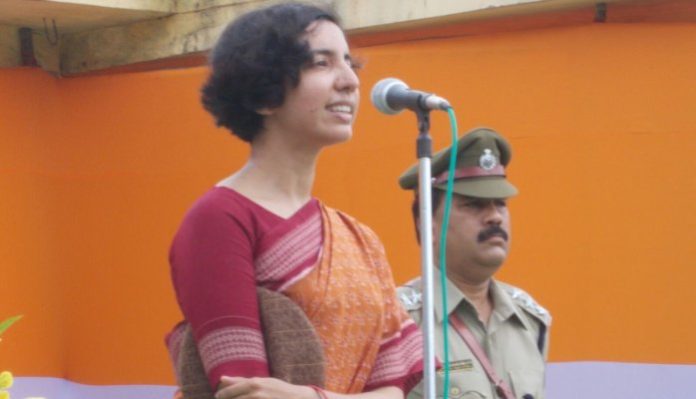 PANCHKULA :Emboldening the Dera followers to have a free show, leaving the sole lady bureaucrat present amidst the arson– 2009 batch IAS officer – Panchkula Deputy Commissioner — Gauri Parasher Joshi, to fend for herself. Police guards fled the spot as unruly mob of Dera followers advanced with sticks and stones towards, as she was trying to calm down the agitators.