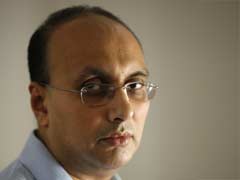 Five months after he took charge as India’s Prime Minister, how are we to assess Narendra Modi’s media and communication strategy? To see it solely in terms of Modi not giving interviews to Indian journalists and having a hostile relationship with the national media since 2002 would be limiting and even self-defeating. A media and communication strategy cannot be born of just an old grudge. Obviously there is something more to it, some method to what Modi is doing.
This method may or may not be to everyone’s agreement; it may or may not be sustainable in the longer term and may require tweaking. Nevertheless, it is the method Modi has adopted as of now. As such, it makes sense to analyse and understand that method rather than merely protest about the lack of access to journalists.
There are two points to be noted here. First, as prime ministerial candidate,  Modi adopted an innovative communication strategy that had him reaching out directly to people, sometimes by creating made-for-television events that the media just couldn’t avoid covering. His “alternative” Independence Day speech delivered in Gujarat on August 15, 2013, was one example.
As Prime Minister, Modi is attempting to use the same strategy. He has the additional advantage of knowing that whatever he does as leader of the country will get covered anyway. When he embellishes his regular engagements with media hooks and magnets, journalists are forced to pay attention. Additionally, his use of radio – and possibly television in the future – for a regular broadcast or chat with ordinary citizens helps him shape and address an all-India constituency without this effort being interrupted or mediated by the media, without giving the media the power to pick and choose which parts of his message should be put forward.
More than inhibiting physical access, it is this disempowerment that Modi is aiming at. It is one of several challenges that traditional media is facing in a time of break-neck changes in communication technology – as evidenced by the Internet and social media for instance. These are interrogating and re-defining the work and role of journalists. Modi is perhaps the first politician in India to use these tools for his ends and to understand the emerging psychology of a new mode of communication.
However, it is important to note that these tools and this paradigm are not inventions of Modi. The media is tackling such conundrums even in a non-Modi context.
Second, different governments subscribe to different media cultures. Again, this is not unique to India or the Modi government. In 2001, this writer spent four months in the United States on a fellowship (9/11 took place in the middle of that period). That was the first year of the George W Bush government and both before and particularly after the national security crisis that began on that Tuesday morning in September, there were several news commentaries about how the Bush government didn’t leak to the media, only called journalists when it had something to convey and was generally tight-fisted with information.
This was a change from the Bill Clinton administration, it was said, which had an easier relationship with the Washington, D.C, press corps and was more open in its interactions with journalists. At least one article I read attributed it all to a contrast between Republican and Democratic approaches to government. Even accounting for a degree of stereotyping, maybe there was some truth to that.
Especially in its second term, the UPA government resembled a free-for-all. That the media was walking all over it was both a cause and an effect of this free-for-all. Ministers made statements and created controversies almost in keeping with prime-time news deadlines. Senior UPA politicians gave interviews and offered stray remarks on issues that didn’t really involve them and diverted attention from governance. It made the government look stupid.

The most egregious example of this was Rahul Gandhi walking into Ajay Maken’s press briefing in New Delhi, denouncing an ordinance issued by the Manmohan Singh government and offering to tear it up. While all this was happening, the Prime Minister was on a visit to the US. Gandhi may have been completely right in his misgivings about the ordinance, but the substantive part of his argument was buried by the media tamasha he had helped manufacture.

As Prime Minister, Modi has been determined to avoid such pitfalls. He has concluded, correctly, that what the government does should not be decided by the news cycle but that the news cycle will automatically adjust to accommodate what the government is doing. He has warned his ministers and MPs against being buttonholed into making remarks or answering random questions on issues they don’t entirely understand or which may be used to generate embarrassing headlines. Manmohan Singh would have loved to do exactly this to his ministers but the poor man simply didn’t have the authority. Modi does.

Has this led to a certain over-correction and are individuals in this government sometimes more silent than they need to be? Probably. In time, a balance and a median will be found. As the government grows in confidence, as ministers mature in their portfolios, a little loosening up can be expected. Even so, the media Disneyland of the UPA years is unlikely to return. (Ashok Malik is a columnist and writer living in Delhi.)