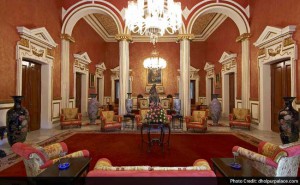 NEW DELHI: A palace in Dholpur now being run as a luxury hotel is legitimately owned by the family of Rajasthan Chief Minister Vasundhara Raje, her party said today, as the Congress said the property has been misappropriated for a firm she co-owns with tainted cricket mogul Lalit Modi.
The Congress, which has been for weeks demanding Ms Raje’s resignation over her proximity to Mr Modi, today cited a 1949 agreement which said the palace was acquired by the government but allowed Ms Raje’s father-in-law, the Maharaja of Dholpur, the personal use of the mansion for his lifetime. It is not an asset of the Raje family, the party’s Jairam Ramesh alleged.
The Dholpur palace, located about 40 km from Agra, is worth about 300 crores, the BJP has said, which is why Mr Modi invested nearly 13 crores between 2007 and 2008 in what was then a loss-making firm owned by Ms Raje’s son, Dushyant, a parliamentarian.The BJP says that the Congress is distorting history. It says that in the 1950s, the Dholkpur palace was given back by the government to the former Maharaja in exchange for another building taken from him. 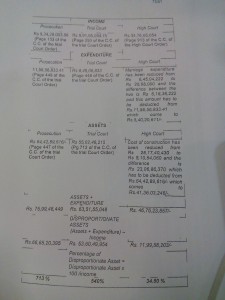 In 2007, the BJP says, the palace was legally transferred from Ms Raje’s former husband, Hemant Singh, to her son.
If the ownership of the palace was not clear, why, the BJP asks, did the Congress government in Rajasthan pay Ms Raje’s son nearly two crores in 2010 to use a part of the property for the passage of a major new highway. “Was the Congress government so inefficient that it mistakenly paid Dushyant Singh?” asked the BJP’s Nalin Kohli.
But the Congress says that that the 2007 agreement between Ms Raje’s husband and son transferred “moveable objects” within the palace – and not the actual building – to Dushyant Singh. 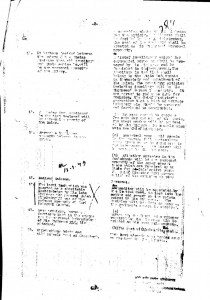