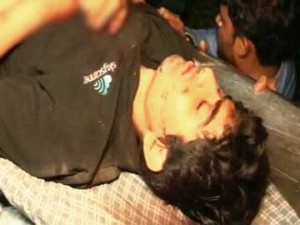 BANGALORE: An image sent through WhatsApp could be considered a lifesaver. Gaurav Arora and Priyank Sharma, working in Bangalore, had gone rock-climbing on Sunday at Madhugiri close to the city. Priyank dropped out of the climb when he got tired, Gaurav continued.
When he did not return, Priyank got worried and informed the police that his friend was missing. Five hours after that he showed the police a photo sent by Gaurav on WhatsApp showing the location where he was stranded after a fall.The police were able to identify the spot and rescuers reached Gaurav soon after.
“Technology has helped and police were able to rescue him on time. Though it was around 2 a.m. in the morning, they were able to trace the person. It has helped him, helped the police and the other department to save this person,” said Syed Ulfath Hussain, a senior police officer.
Gaurav is now recovering at a hospital in Bangalore.