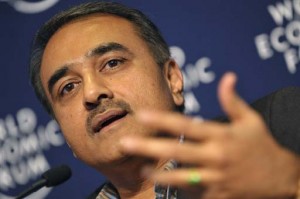 GONDIA: Rajya Sabha member and former MP of Bhandara-Gondia Praful Patel said Congress’s weak stand on UPA’s prime ministerial nominee was one of the reasons for the its debacle in the recently-concluded general elections.
Patel, who visited the region for the first time after election results were declared on 16 May, said, “No clear stand of the Congress party on UPA Prime Ministerial candidate against BJP’s Narendra Modi, was one of the reasons behind the defeat of UPA in the Lok Sabha election.”
The former Union Civil Aviation minister was recently elected unopposed to the Rajya Sabha. He said Congress failed to take their good work to people and that the then prime minister should have spoken openly at times, when it was required.“We failed to counter campaigns of Opposition on scams like 2G, coalgate, etc, whereas in reality there was nothing serious. At times, when the prime minister should have come forward and needed to give reply, he kept mum,” Patel said.
Replying to a query on his unexpected defeat in his home constituency, Patel said it is for the people to think and he will continue to work the people.“I am here back as Parliamentarian (as a Rajya Sabha member) and will continue to work for the people of Bhandara and Gondia districts. Perhaps, I am among those parliamentarians, who worked successfully to bring development in the constituency and remain constantly in public touch. It is up to the people to give a thought. May be they have elected someone better than me,” he said.
On the upcoming assembly election in Maharashtra, Patel said presently they (NCP) are in alliance with Congress.  ”Party will decide after holding inter-party meetings as to with whom election will be contested. There is no kind of old formula and all talks will be done afresh,” he said. Speaking on the issue of separate Vidarbha state, he said NCP has always been in favour of the move.
“It is our demand also and after the formation of Telangana, there should be separate Vidarbha state. If there is any resolution for Vidarbha state, we will support it,” Patel said.