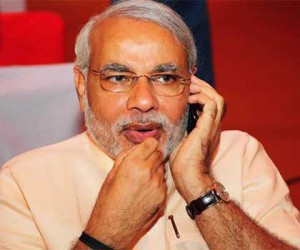 TOKYO: Prime Minister Narendra Modi wrapped up a busy day in Tokyo on Tuesday with an interaction with the Indian community in Japan.In a speech studded with quips, PM Modi urged Indians to work for their country and use what it takes to spread the message back home.
“So if you write to your folks back in India…I know you don’t write letters anymore… You must be connected on WhatsApp or have made friends on Twitter, it is important to get the message across, no matter what the medium,” he said, speaking about a “Clean India” mission to honour Mahatma Gandhi.Mr Modi also recounted how he told an interpreter in Taiwan a few years ago, “We’ve had a devaluation. We used to play with snakes now we play with the mouse. When we move a mouse, the whole world moves.”
The man had apparently asked whether “black magic and snake charmers still exist in India.” To a burst of applause and laughter, Mr Modi said, “That was when I didn’t have this government job.” The 63-year-old Indian PM addressed a series of meetings on the fourth day of his tour of Japan, his first major bilateral visit since taking charge in May .
Before this event, the PM was virtually mobbed as he broke a security cordon at the Indian Embassy and waded into a crowd that wanted to shake hands with him and even touch his feet.On Monday, Mr Modi held summit talks with his Japanese counterpart Shinzo Abe, who pledged nearly 34 billion dollars for development in India.