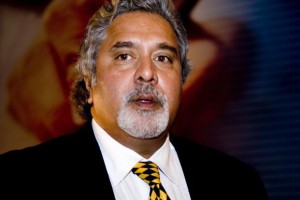 BENGALURU/ NEW DELHI: Industrialist Vijay Mallya left the country the day public sector banks, to whom he owed over Rs. 9000 crore in loans, moved the Debt Recovery Tribunal (DRT) on March 2, 2016 against him.Attorney-General Mukul Rohatgi, appearing for consortium of banks, revealed this when asked by the apex court about the whereabouts of Mr. Mallya.
Mr. Rohatgi told a Bench of Justices Kurian Joseph and Rohinton Nariman that he asked the CBI about Mr. Mallya, and in turn was informed that the Rajya Sabha MP had left Indian shores on March 2, the very day the banks approached the DRT.
Incidentally, the banks are before the Supreme Court with a plea to restrain him from leaving the country by ordering the seizure of his passport.”There seems to be very little left for us,” Justice Nariman remarked.”This is the information CBI gave me,” Mr. Rohatgi responded.
Mr. Rohatgi said the apex court to pass an order now directing Mr. Mallya to appear before this Bench, passport in hand.”We are not behind his blood. We want to sit across him and get back our money. We want to settle the loans,” Mr. Rohatgi said.
Mr. Rohatgi said the “only information” is on social media sites, which show that most of his assets are abroad. “Only a fraction is in India… may be one-fifth”.
“Then how did you give these loans. Was there no secured assets on these loans?” Justice Kurian asked.Mr. Rohatgi replied that at the time of the loans, Kingfisher Airlines was a brand at its peak, which had assets worth some thousand crores, and then “it crashed”.”We had some assets (as security) for the loans advanced,” Mr. Rohatgi said.
The Bench then issued notice to Mr. Mallya through his company United Breweries Holdings Limited, his counsel, the Indian High Commissioner at the U.K. and via his official Rajya Sabha email address.The court sought a reply in two weeks and fixed the hearing for March 30.
When Justice Kurian asked Mr. Rohatgi what guarantee was there that Mr. Mallya would be in the U.K. to receive notice, Mr. Rohatgi replied, “He has tremendous assets there. We know he would be there… most likely”.
According to another information the British liquor major Diageo plc has confirmed paying Vijay Mallya $40 million (Rs. 275 crore) as part of the $75 million (Rs. 516 crore) agreement it entered with the liquor baron on February 25.

“We paid Mallya $40 million immediately as part of the $75-million agreement he signed with our company on February 25, with the balance ($35 million) being payable in equal instalments over five years,” Diageo spokesperson Kirsty King told IANS from London on telephone.
Asked about the Debt Recovery Tribunal’s (DRT) March 7 order to it not to pay Mallya any part of the severance package till its next hearing on March 28, Ms King said the company was yet to receive such an order.
“We understand that the Debt Recovery Tribunal is in the process of issuing an interim order, which we will review once the full details are available,” she said, adding the company was yet to receive the notice.
The tribunal’s presiding officer, R Benkanahalli, on March 7 directed Diageo and its Indian subsidiary United Spirits Ltd (USL) not to pay Mr Mallya till the disposal of the State Bank of India’s application and ordered temporary attachment of the deal amount till March 28.
As part of the deal, Mr Mallya resigned as chairman and director of USL and agreed not to compete with Diageo in spirits business the world over for the next five years and not to interfere in its Indian arm’s business matters.
Though the SBI rushed to the tribunal a day after the agreement on February 26 to advance hearing on its original application filed in June 2013 for recovery of loans it and 16 other state-run and private banks advanced to Mr Mallya’s now defunct Kingfisher Airlines in 2004-12, it was not aware of the Diageo’s part payment to the 60-year-old liquor baron.
“We were not aware that Diageo had paid Mallya $40 million and even Mr Mallya’s counsel (Uday Holla) did not tell the tribunal during arguments on March 4 about the payment. We will seek action against him (Mallya) for suppressing the fact,” SBI counsel told IANS from New Delhi.
As a lead bank of the consortium of 17 banks to which Kingfisher owes Rs.9,091.39 crore as combined loans with interest, the SBI filed four interlocutory applications in the tribunal on March 2 after CBI director Anil Sinha expressed concern over its delay in acting against Mr Mallya.
“We have also filed a caveat before the Debt Recovery Appellate Tribunal in Chennai to hear us before adjudicating on any appeal on Mallya against the Bengaluru tribunal’s March 7 order till its next hearing on March 28,” the counsel said on the condition of anonymity.