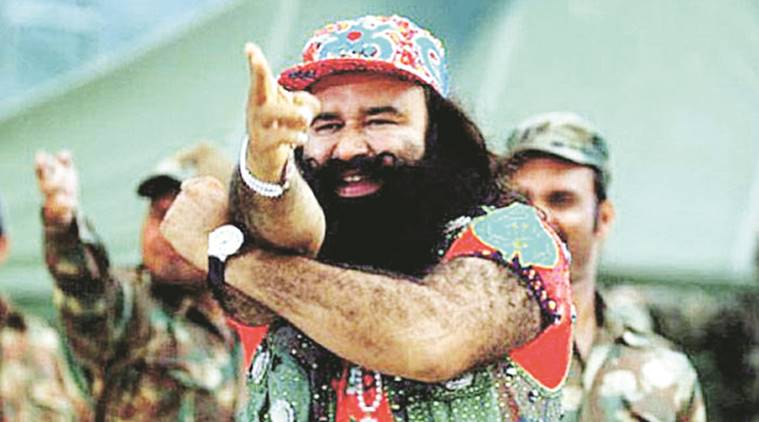 CHANDIGRAH : Ahead of Central Bureau of Investigation (CBI) court’s verdict in the 15-year-old rape case against Dera Sacha Sauda chief Gurmeet Ram Rahim Singh, thousands policemen and paramilitary troops were deployed in Punjab and Haryana with section 144 being in both states. A special CBI court in Panchkula will deliver its judgement on August 25.

The Dera chief has also been asked to appear before the court in person on the same day. The self-styled godman, also known for his “MSG (Messenger of God)” film franchise, has millions of followers in Haryana, Punjab and various other places.

Over one lakh followers are expected to gather within the next two days. Schools and colleges in the area have been shut down.  5,000 policemen are guarding different parts of Chandigarh where dera followers  have already congregated in solidarity with him at the local headquarters of his sect, the Dera Sacha Sauda.
“People are coming from all over for Guru-ji’s court hearing,” said Rajinder Singh, a follower who claims “lakhs” of others like him like are expected in the next 48 hours. Another fan, Sau Singh, said the verdict offers a chance to glimpse his leader in person. “I have come from Patiala for darshan.”

“The Haryana police is on alert and fully-prepared to tackle any situation. The Centre has also provided 35 companies of paramilitary forces,” Haryana DGP B S Sandhu  said that their focus is on Sirsa, Fatehabad and Panchkula districts where heavy deployment of paramilitary forces has been especially done.
In 2002, a case was registered by CBI against the self-styled godman after allegations of sexual exploitation of two Sadhvis (women followers) surfaced through anonymous letters. The case hearing has been going on since 2007. He also faces trial in a case involving the murder of a journalist, Ram Chander Chhatrapati.
Thousands of Dera Sacha Sauda followers are expected to gather in Panchkula for the rape case verdict.
A stadium in the heart of the city, used for cricket matches, has been converted into a stand-by jail should violence erupt on Friday. CCTVs are being used to watch over train and bus stations.  From 6 pm onwards today, all cars and trucks entering WHAT will be checked. Schools and colleges have closed till Monday.
In villages where his sect is especially popular, the police is conducting flag marches to establish its presence.  Lawyers say they will avoid the court-house in Panchkula, where his verdict is due, till the dust settles down. And the Chief Ministers of Punjab and Haryana have publicly appealed for calm among Dera Chief Ram Rahim.
Such is the pull of the 50-year-old who has also starred in two movies –  Messenger of God (MSG) and sequel MSG2 – and likes to sometimes arrive to audiences running into lakhs on a motorcycle that he revs up for effect just before disembarking.