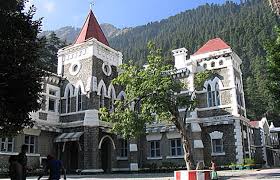 NEW DELHI: Minutes after the Uttarakhand High Court set aside President’s Rule in the state, the Modi government had some advice sent its way by Arvind Kejriwal.
“This is a huge embarrassment to Modi Govt. He shud stop interfering wid elected govts and respect democracy (sic),” tweeted the Delhi Chief Minister, who continues to wage his own battles against the Centre, which controls key functions in the national capital.
No embarrassment at all, said union minister of state for home Kiren Rijiju, distancing the central government from the Uttarakhand crisis and blaming the Congress for a “constitutional breakdown” after several of its lawmakers rebelled against Chief Minister Harish Rawat.
“Imposing President’s Rule was not a mistake by the Centre,” the minster said.”The truth has won,” said Harish Rawat, who now has a chance to prove next Friday that he has a majority in the Uttarakhand assembly, an opportunity he was denied when the BJP-led central government enforced President’s Rule in the state, dismissing his government, on March 28.
Mr Rawat attacked the BJP saying, “The whole country knows who were behind the political instability in Uttarakhand; the BJP is becoming irrevalent.”Outside Mr Rawat’s residence in Uttarakhand capital Dehradun, Congress workers danced in celebration of the court’s verdict and party leaders said they were confident of his return as the state’s chief minister.
“All our MLAs are with us. We are ready to face anything,” said a state Congress leader, pledging faith in Mr Rawat’s leadership.