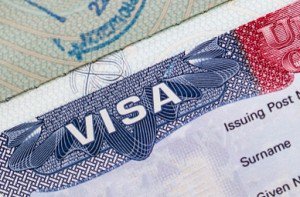 WASHINGTON : The US government has cleared the way for thousands more foreign workers to enter the country under temporary seasonal visas. The Department of Homeland Security said in a statement that the government will allow 15,000 additional visas for temporary seasonal workers to help American businesses in danger because of a shortage of labour.
Federal officials said there are not enough qualified and willing American workers available to perform certain types of temporary nonagricultural work. Meanwhile, President Donald Trump has signed a proclamation to kick off the “Made in America” week and urged the public to pay respect to those Americans who work to make the country great.
Trump stressed that under his America First policies he will work to renegotiate what he calls unfair trade deals. He said, the government will stand up for American companies and American workers.

DOHA (Qatar) :  Ajit, an Indian electrician, is just seven months into his new job but right now he is...

MUMBAI: Experienced techie Raghu Narayanaswamy lost his job recently and fears he may not get another, as analysts warn of...

WASHINGTON : US President-elect Donald Trump's nominee for the post of Attorney General has assured lawmakers of taking steps towards...

Business Reporter Closing date: 7 July 2016 Bloomberg News is one of the biggest financial and business news organizations in...