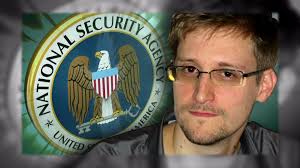 NEW DELHI :It has come to light that the United States National Security Agency had been authorised to spy on India’s Bharatiya Janata Party, which is now in power.The BJP was among six non-US political parties for which authorisation was given to NSA to spy upon, a leading Indian English daily reported on Tuesday.
The revelation has been made in data issued to the media by NSA whistleblower Edward Snowden.The data published in Monday’s edition of ‘The Washington Post’ shows that the US’ Foreign Intelligence Surveillance Act (FISA) court permitted the NSA to covertly spy upon not just these six political parties but also upon 193 foreign governments, including that of India.
As per the the US daily, the NSA was not allowed to spy upon only four countries – the UK, Canada, Australia and New Zealand. With these, the US has “no-spying arrangements”.
The other five political parties to spy upon which the NSA had been given permission were Amal of Lebanon, the Bolivarian Continental Coordinator of Venezuela, the Egyptian Muslim Brotherhood, the Egyptian National Salvation Front, and the Pakistan People’s Party.