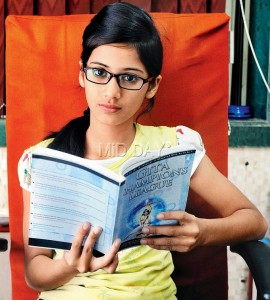 LUCKNOW: The Uttar Pradesh government will felicitate 12-year-old Marryam Asif Siddiqui for emerging topper at a contest on Bhagavad Gita in Mumbai.”Uttar Pradesh Chief Minister Akhilesh Yadav has decided to felicitate Siddiqui for attaining first position in the written examination conducted to assess knowledge on Gita among children. She would be felicitated soon,” an official spokesman said.
It would give a good message of respecting all religions in the society, the spokesman said.Siddiqui, a sixth-grade student of Mumbai-based school, won the “Shrimad Bhagwad Gita Champion League” yesterday organised by ISKCON International Society beating around 4,500 students.