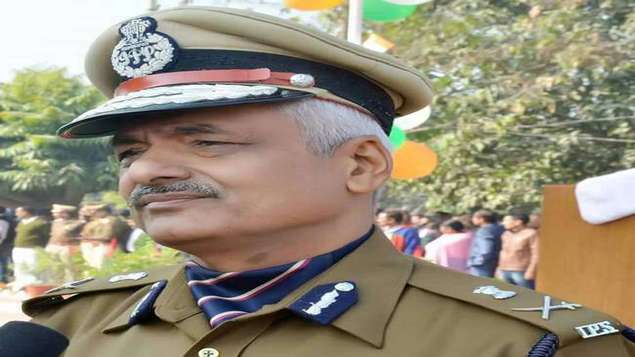 LUCKNOW : Uttar Pradesh Police chief Javeed Ahmed was on Friday shunted out by the Yogi Adityanath government, which transferred 12 IPS officers in the first big reshuffle in the top police hierarchy after the Bharatiya Janata Party stormed to power in the state.
Sulkan Singh, a 1980-batch IPS officer who was the DG (training), will replace Ahmed who has been shifted as the DG of Uttar Pradesh Provincial Armed Constabulary (PAC), a senior home department official said in state capital Lucknow.
Mr Ahmed, who superseded nearly a dozen police officers when he was appointed by the Akhilesh Yadav government in January last year, has been made head of the state’s armed constabulary, or the PAC. Mr Singh, who is four years senior to his much younger predecessor, was one of them. He had to settle as head of the police’s training.
Mr Ahmed’s transfer was expected in the state’s police circles, given how the BJP had vociferously opposed his appointment in 2016. Ahead of the assembly elections too, the party had petitioned the Election Commission to shift out the officer for allegedly working at the behest of the then Samajwadi Party government.
But unless Mr Singh gets an extension, he may only have just about five months in the top post before the state government has to look for his replacement.
ADG (law and order) Daljit Singh Chowdhury and ADG economic offence wing (EOW) and logistics Aditya Mishra have swapped places in the transfer which came a month after Adtiyanath assumed office.During the recent assembly polls, the BJP had petitioned the Election Commission to remove Ahmed, alleging that he was working at the behest of the then Samajwadi Party government.

Friday’s reshuffle was the third by the  Chief Minister who took charge of the country’s most populous state last month. He had pledged not to carry out large-scale changes in the bureaucracy. But Yogi Adityanath had made it clear that officials should not expect to be undisturbed if their performance didn’t quite match his expectations.
In all, he has transferred about 80 officers so far. As part of Friday’s reshuffle, Daljit Singh Chowdhury, who headed the Law and Order Wing and Aditya Mishra who led the state’s Economic Offence Wing have been ordered to swap places.
Hours before the reshuffle, the Chief Minister had signalled that he was not exactly impressed with the performance of the state police. He told police officers that they would need to change their working style to make the common people feel secure. He also expressed unhappiness at the performance of its anti-corruption wing and ordered its reorganisation.