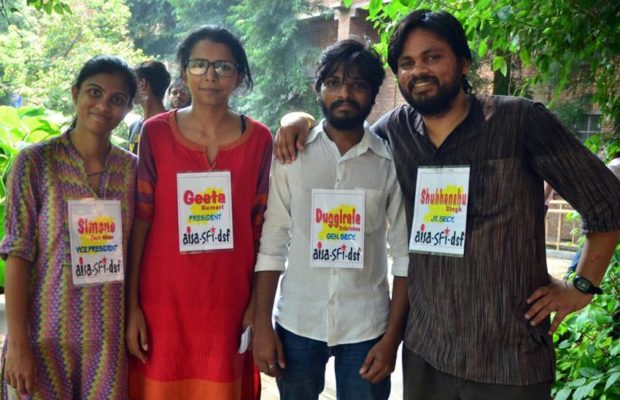 NEW DELHI : Left-unity made a clean sweep in the Jawaharlal Nehru University Students Union (JNUSU) polls on Sunday grabbing all four seats for the central panel. In the vote count concluded in early hours of Sunday, the election office announced Left alliance’s Geeta Kumari as the President-elect for the JNUSU, who defeated the closest candidate Nidhi Tripathi of the RSS-affiliated Akhil Bhartiya Vidyarthi Parishad (ABVP) by a margin of over 400 votes.
Kumari got a total of 1,506 votes against Tripathi’s 1,042. Shabana Azmi of Bhagat Singh Ambedkar Phule Students’ Association (BAPSA) ranked third with 935 votes. Simone Zoya Khan, Duggirala Krishna and Shubhanshu Kumar from Left alliance were elected Vice President, General Secretary and Joint Secretary of the students union respectively. 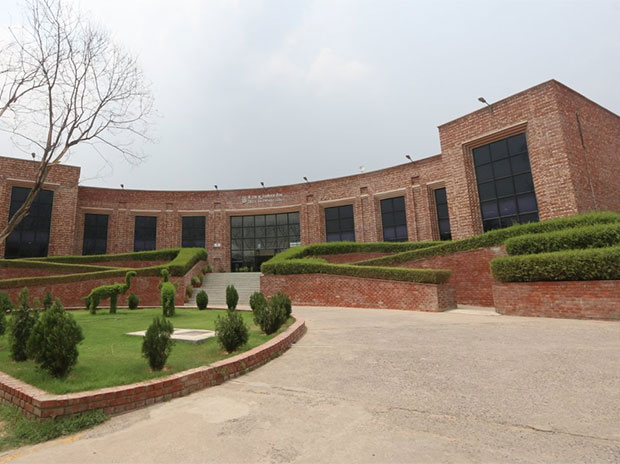 According to election panel officials informed that Shabana Ali of BAPSA (Birsa Ambedkar Phule Students Association) polled 935 votes. “We are satisfied with the results although we were expecting to do better.  For vice presidents post, AISAs Simone Zoya Khan got 1,876 votes out of total 4,620 votes. Khan defeated Durgesh Kumar of ABVP who got 1028 votes. Duggirala Srikrisha (Left) won the General Secretary’s post by polling 2082 votes. He was followed by ABVPs Nikunj Makwana- 975 votes. The post of Joint Secretary has gone to Shubhanshu Singh (Left) who got 1755 votes. Pankaj Keshari of ABVP got 920 votes.

Elated over the victory, Geeta Kumar  said,”The credit for mandate goes to students because people still believe that democratic spaces should be saved and right now, the only resistance is from students.” She also promised to take up Najeeb issue, JNU seat cuts, new hostels, saving the autonomy of JS-cash and deprivation points.
CPI-Marxist party’s Students’ Federation of India (SFI), CPI-Marxist-Lenin (ML)-affiliated All India Students’ Association (AISA) and an independent left group Democratic Students’ Federation had formed a coalition to fight the election jointly. Running for the post of President, Aparajita Raja of CPI-affiliated All India Students’ Federation (AISF) could muster only 416 votes, while more students (127) chose to go for ‘None of the above’ (NOTA) option than voting for Congress-backed NSUI’s Varshnika Singh, who received 82 votes.
The University had held the election on Friday in which a total of 4,620 students cast their ballots to choose their representatives for next one year. With the results, leftist groups maintained their hegemony intact in the campus known to be a bastion of communist parties.
Last year also all four central panel seats had gone to the SFI-AISA alliance. AISF had not fielded any candidate in that election.The left had formed the alliance anticipating a tough competition from the ABVP, an ideological offspring from right wing RSS-BJP stable. ( With Agency inputs).