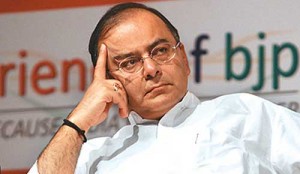 NEW DELHI : Finance Minister Arun Jaitley will present the Union Budget for the 2014/15 financial year on July 10, government sources said, three days after the Parliament begins its session.The new government, led by Prime Minister Narendra Modi, will present the Railway budget on July 8 and the country’s economic survey on July 9.
The Budget session of Parliament is scheduled to conclude on Aug. 14, but it could be extended further, the sources said.India’s previous government presented an interim Budget for 2014/15 to Parliament on Feb. 17, ahead of national elections to cover expenditure until a new administration was installed.
HIGHLIGHTS
* Budget Session of Parliament to be held from July 7 to August 14: Official sources
* Union Budget for 2014-2015 to be presented on July 10.
* Railway Budget to be presented on July 8.
* Economic Survey to be tabled on July 9.