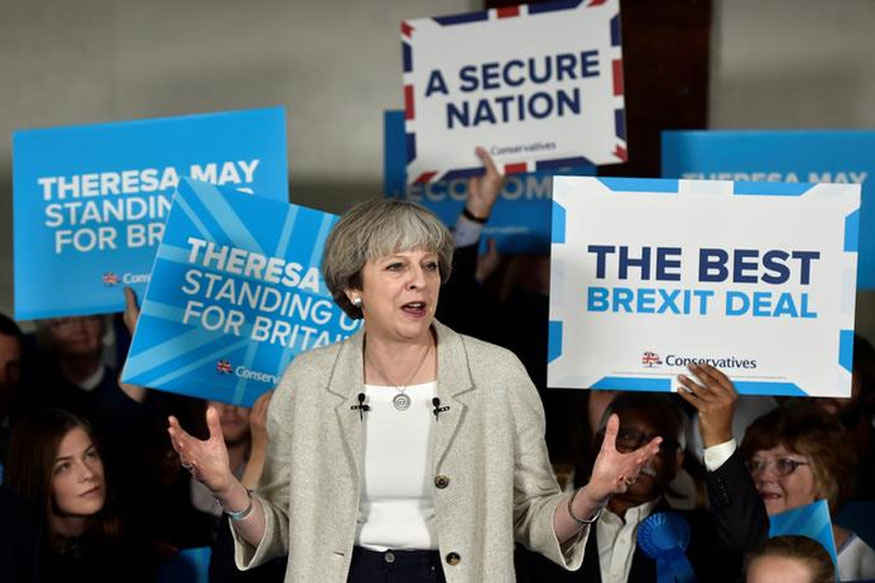 LONDON : In Britain, polling began to elect a new Parliament. More than 40,000 polling stations across the country have been set up. A total of 650 Westminster MPs will be elected, with about 46.9 million people registered to vote.That is up from the last general election, in 2015, when there were 46.4 million registered voters.
Overall turnout in 2015, when the Conservatives won 331 out of 650 seats, was 66.4 per cent, up from 2010.The odds seem to be in favour of Theresa May holding on to her job as the British Prime Minister as voting is set to begin across the UK this morning under the looming shadow of the two deadly terror attacks that rocked the country in the past three weeks.

Britain votes in snap polls for a new Parliament and Prime Minister today with national security replacing Brexit as the top agenda after a series of deadly terror attacks. The latest opinion polls vary between a solid lead for Conservative leader and PM Theresa May against Labour Party’s Jeremy Corbyn.
Polls open in Britain’s general election. The voters expected to cast their ballot to choose between Prime Minister Theresa May and Opposition leader Jeremy Corbyn under the looming shadow of the two deadly terror attacks that recently rocked the country.The official exit poll at the close of voting at 10 pm local time on election night is traditionally expected to give an indication of which way the vote is likely to go.
Officially, it takes 326 seats for an overall majority in the House of Commons. In the 2015 general election, then Prime Minister David Cameron led Conservatives had won 331 seats, giving the Tories a small but significant majority, and the Labour party won 232 seats.

The final pre-poll survey done by Comres for the Independent newspaper gives the Tories a 10-point lead over the Labour party. May’s ruling Conservatives are on 44 per cent, Labour at 34 per cent, the Liberal Democrats at 9 per cent, with far- right UKIP at 5 per cent, the Scottish National Party (SNP) at 4 per cent and the Green Party at 2 per cent.
A total of 650 Westminster MPs will be elected, with about 46.9 million people registered to vote in the country.