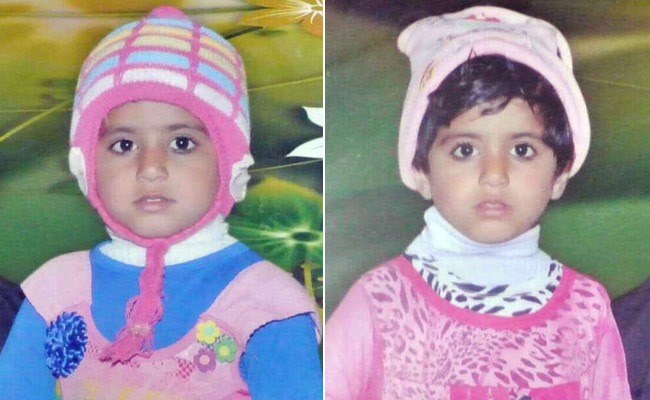 GURUGRAM :  Locked in a hot car for over two hours, five-year-old twin sisters died in Gurgaon near Delhi yesterday afternoon. The girls were spending their summer holiday with their grandparents, who live in the Pataudi area, in a village called Jamalpur. Their father is in the army and posted in Meerut.

Harsha and Harishita were found unconscious in an old Hyundai car parked in the backyard of their grandparents’ home, in which they were often seen playing. They were declared dead in a private hospital.There were signs that the girls had struggled to open the door, force the handle.

They were to return with their parents to Meerut yesterday and in a few weeks, start school. Their relatives said they were locked inside the old Hyundai Elantra car accidentally; the car’s locks were defective and its windows could not be rolled down because of a malfunctioning lever.When the family realized that they were missing, around 4 pm, everyone started searching frantically. The unused car was among the first spots they checked.

“When my daughters were born, there was so much joy in the family. Both of them had been admitted to the Central School in Meerut. Everyone saw them as very promising, they were sharp and naughty,” the girls’ father Govind Singh shared, weeping quietly.”Once, they nearly climbed a thousand-volt pole… No one knew that both would be gone…that my daughters would also leave this world together.”

Their uncle Kanwal Singh grieved, “Who knew that Harshita and Harsha, born together and always together, would go like this…?”Mr Singh said his nieces were usually not allowed to sit in the car without supervision. Their 18-year-old cousin, who would watch them, was out for a job yesterday, said the family.