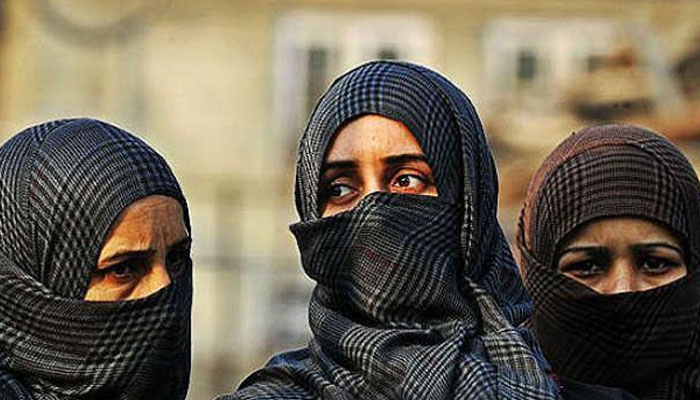 NEW DELHI : Triple talaq is the “worst and undesirable form” of dissolution of marriage among Muslims, the Supreme Court observed on Friday. Commencing a historic hearing on a clutch of petitions challenging the constitutional validity of the practice of triple talaq and ‘nikah halala’ among Muslims, the apex court said different schools of thoughts in Islam term triple talaq as “legal”.

Meanwhile, calling for abolition of triple talaq, senior advocate Ram Jethmalani termed triple the divorce practice as “abhorrent”, saying it does not give women equal right to divorce. Jethmalani appeared before SC bench as a lawyer for Forum for Awareness of National Security.

Jethmalani, who is representing one of the petitioners, called triple talaq abhorrent to the tenets of holy Quran because it makes a distinction on the ground of sex. “No amount of advocacy can or will save this sinful, repugnant practice which is contrary to the constitutional provisions,” he added. “No law can allow a wife to become an ex-wife “at the fancy of the husband” and it is “the highest kind unconstitutional behaviour”, he said.
The observation came when former Union Minister and senior advocate Salman Khurshid, who is assisting the court in his personal capacity, told the bench that it is not an issue where judicial scrutiny is required and moreover women have the right to say ‘no’ to triple talaq by stipulating a condition to this effect in ‘nikahnama’ (marriage contract).
The Constitution bench comprising of five judges, including Chief Justice of India JS Khehar on Thursday said it would determine whether the practice of triple talaq was fundamental to Islam, with the government making it clear that such a form of divorce was against gender justice and those challenging it asserting that it was not part of the religious tenets.Other judges on the Constitution bench are Justice Kurian Joseph, Justice Rohinton Fali Nariman, Justice Uday Umesh Lalit and Justice S Abdul Nazeer.

Triple talaq is the “worst and undesirable form” of dissolution of marriage among Muslims, the Supreme Court observed.  The country’s five seniormost judges headed by Chief Justice of India JS Khehar started the hearings yesterday that are expected to go on for the next week or so.

The court was also informed during Friday’s hearing that many countries such as Pakistan, Afghanistan, Morocco and Saudi Arabia do not allow triple talaq to dissolve marriages.There are “school of thoughts (which) say that triple talaq is legal, but it is the worst and not desirable form for dissolution of marriages among Muslims,” Justice Rohinton Fali Nariman, a member of the five-judge constitution bench said.

Justice Nariman’s observation when senior advocate Salman Khurshid, who was asked to assist the court, appeared to suggest that the practice of triple talaq was optional. That women had the right to stipulate in the ‘nikahnama’, or marriage contract that the husband would not have the right to divorce through triple talaq. The court has made it clear right in the beginning that it would examine if triple talaq is an essential part of Islam. If this is the case, it would not go any further.

The court is hearing a bunch of petitions, some of them from Muslim women who were divorced over WhatsApp, to ask the court to put an end to triple talaq. The government had supported this contention and asked that the court expand the ambit of the proceedings to cover other practices such as polygamy as well. This suggestion, however, wasn’t accepted.

“Triple talaq is inherently unequal to women. The practice is abhorrent to god and no amount of advocacy by man can cure it,” senior advocate Ram Jethmalani told the Bench , headed by Chief Justice J.S. Khehar, on the second day of hearing on the matter on Friday.
“No discrimination against a woman is possible just because she is a woman. Law can be made only to improve the lot of women,” he said.“Secularism is the subjection of religion to the rule of law,” he said.

He urged the court not to shy away from bringing triple talaq under Article 13 (laws inconsistent with or in derogation of the fundamental rights) “as any customary usage enforceable by court comes under the article.”Justice Khehar said that if triple talaq comes to an end, whatever the consequences would be decided then. “There is no mutual consent in triple talaq.”

When Justice Khehar said, “Article 15 [Prohibition of discrimination on grounds of religion, race, caste, sex or place of birth] talks about State law and we are on personal law here,” Mr. Jethmalani asked: “Can any law allow a man to get rid of a woman on a whim.”(with Agency inputs).