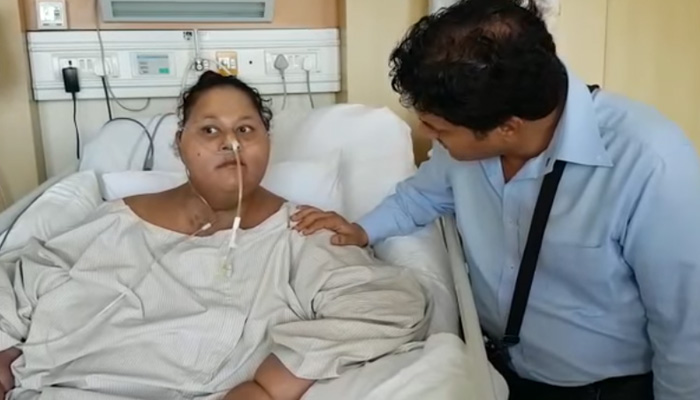 NEW DELHI : Yes, you’re seeing it right! This is Eman Ahmed, the Egyptian woman who was once known as the heaviest female in the world. The 36-year-old who weighed 504 kg is all smiles and can now fit into a wheelchair after losing about 250 kg since she arrived in Mumbai in February for treatment of severe obesity.

On Wednesday, doctors treating her uploaded videos of a ‘happier and slimmer’ Eman sitting on a wheelchiar. Doctors said Emna is doing well and is much alert than before. Check out her video below!

“She can finally fit into a wheelchair and sit for a longer period of time, something we never dreamt of 3 months ago,” they said.Eman underwent a bariatric surgery – sleeve gastrectomy – on March 7 at Saifee Hospital in Mumbai. Dr Muffazal Lakdawala, who operated on Eman, said she has lost approximately half her weight in just two months. 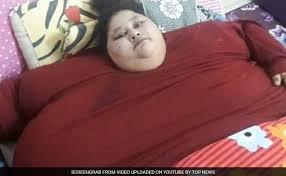 The rapid weight loss has also dramatically improved Eman’s health parameters as her heart, kidneys, lung and fluid levels are all under control, although she is still in medication for those.

Doctors said that Eman may or may not need a second stage bariatric surgery after two years. They are now focusing on her neurological problems. She had suffered a stroke three years ago, which left her right side paralysed and to suffer occasional seizures.