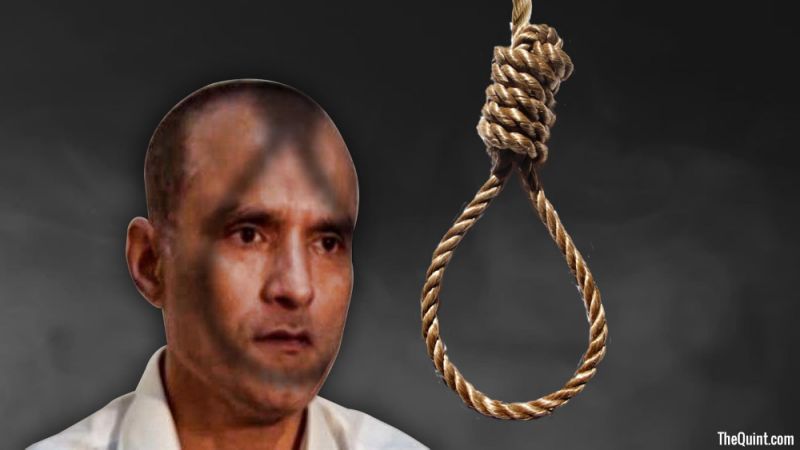 NEW DELHI/ ISLAMABAD : Pakistan Army chief General Qamar Javed Bajwa is “analysing” the evidence against Indian national Kulbhushan Jadhav, sentenced to death by a military court, and will decide his appeal on merit, the Army said here today.
Jadhav, 46, filed a mercy petition before Gen Bajwa last month, according to an Inter-Services Public Relations (ISPR) statement issued on June 22. The statement said that the former Indian Navy officer had filed the petition after the Military Appellate Court rejec ..Military Appellate Court rejected his appeal.
Pakistan Army spokesman Major Gen Asif Ghafoor today told reporters that Gen Bajwa was “analysing the evidence against Jadhav. The Army chief will decide Jadhav’s appeal on merit.”Jadhav is eligible to appeal for clemency to the Army chief under Pakistan’s law, and if his plea is rejected, he can subsequently appeal the Pakistan president for the same.

Army chief General Qamar Javed is presently “analysing” the evidence against Kulbhushan Jadhav and will decide on his appeal on merit,” the Inter-Services Public Relations (ISPR) said in a statement.
Jadhav had filed a mercy petition before General Bajwa last month, PTI reported citing ISPR.

Jadhav was sentenced to death by a Pakistani military court in April for his alleged involvement in espionage and terrorist activities. The International Court of Justice in The Hague in May halted his execution on India’s appeal.
On Saturday, a leading Pakistani daily voiced its support in favour of Jadhav`s mother, saying that she should be granted Visa to visit Pakistan on “humanitarian grounds”.The Dawn, in an editorial, said that a Visa application by the mother of convicted Jadhav is the latest opportunity for India and Pakistan to back away from an increasingly confrontational stance against each other.

“The reasons for Jadhav`s conviction and incarceration suggest that Pakistan may not be legally required to allow his mother to visit him or indeed grant her a Visa at all, but it ought to be considered on humanitarian grounds,” the editorial read.The Visa application of Jadhav`s mother to visit Pakistan to see her son is pending with the authorities for approval.

“A meeting between mother and son is very different to granting consular access, which is any case being litigated by India in the International Court of Justice,” it said. External Affairs Minister Sushma Swaraj, earlier on Monday, castigated Pakistani Prime Minister Nawaz Sharif`s advisor on Foreign Affairs Sartaj Aziz for not entertaining the request for visa to the mother of former naval officer Jadhav, who has been sentenced to death by a Pakistani military court for alleged espionage.
Following this, Pakistani Foreign Office spokesperson Nafees Zakaria said they were considering granting a Visa to Jadhav`s mother on Sushma Swaraj`s request.
(With agency inputs)