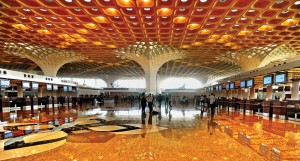 NEW DELHI : The capital’s Indira Gandhi International Airport (IGIA) has been adjudged the world’s best airport for the year 2014, under the category of handling 25 to 40 million passengers per annum, officials said on Saturday.
Airports Council International (ACI) presented the Airport Service Quality (ASQ) award to IGIA at a ceremony of the ACI Asia-Pacific/World Annual General Assembly on April 28 in Jordan.

“We are honoured to represent an Indian airport at a highly acclaimed international forum as ACI. Our IGI Airport partners and employees have consistently delivered a memorable and distinct experience to our customers, enabling us to achieve the coveted world number one position,” said I. Prabhakara Rao, CEO of Delhi International Airport Pvt. Limited, which manages IGIA.
The Delhi airport scored 4.90 on a scale of 5 points measured by 300 members of the ACI ASQ benchmarking programme.IGIA bettered its ranking from second position for the years 2011, 2012 and 2013 to emerge on top in 2014.Their score was 3.02 in 2007.

ASQ is the key to understanding how to increase passenger satisfaction and improve business performance, said Angela Gittens, director general of ACI World.
As many as 40 million passengers used IGIA to reach 58 domestic and 62 international destinations in 2014-15.During the period, the average flight movements were 885 per day while 696,000 metric tonnes of cargo was handled.IGIA hosts six domestic carriers, 56 international carriers and also has the capacity to handle the gigantic Airbus A380 aircraft.
The airport serves as a hub for leading Indian airlines Air India, IndiGo, Vistara and SpiceJet.Delhi International Airport Private is a joint venture between the GMR Group, Airports Authority of India, Fraport and Malaysia Airports Holdings Berhad.
The airport was developed under the public-private partnership mode with the mandate for DIAL to finance, design, build, operate and maintain the Delhi airport for 30 years, with an option to extend it for another 30 years.ACI, founded in 1991, is a trade association of the world’s airports.