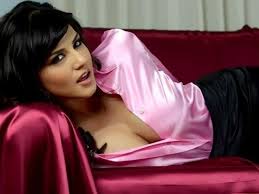 MUMBAI: Filmmaker Bobby Khan has roped in adult star Sunny Leone for his “Leela” and says his directorial debut is a clean family drama, but adds that the actress’ glamour quotient will be high and he would try for an U/A certificate for the movie.”The script of the film is very strong and it’s a clean family drama, but we do understand that since Sunny is part of the project, there is a lot of expectation from the audience, so I can’t cheat my audience,” Bobby told reporters.
The actress had scorched the screen with her bold avatar in “Ragini MMS 2” and “Jism 2″.”All I can say is though it is a family drama, Sunny’s glamour quotient will be high in the film. There are a few scenes in the film which require a little boldness, but we have shot it subtly and not shown it over the top.”As a director I will try my best to fight and get a U/A certificate for the film, so let’s see,” he added.The film has been widely shot in Rajasthan.
Talking about Sunny’s look in the film, Bobby said: “Sunny plays three characters in the film, so she has three different looks. I can assure you that Sunny will be seen in a never-seen-before avatar on the celluloid. I have tried to make her look like a Bollywood heroine and I hope the audience accepts it.”