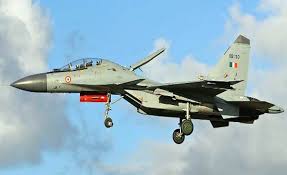 GUWAHATI : Search and rescue teams on Tuesday found a blood stained shoe, half-burnt PAN card and a wallet of one of the two pilots of the IAF`s Sukhoi-30 fighter jet that crashed near the Assam-Arunachal Pradesh border last week, officials saidThe teams comprising Indian Army, Indian Air Force and civil administration personnel had recovered the jet`s blackbox on May 28 from the crash site, located in a dense forest

“Search operations are continuing despite bad weather conditions. However, there is still no trace of the two pilots,” Indian Army sources said.The wreckage of the fighter jet, which went missing on May 23, was found on May 26 through aerial recce, in a thick forest around 60 km from Tezpur city.

The Su-30 had taken off from the Tezpur air base, around 10.30 am on a routine training mission but lost radar and radio contact with the controlling station around 11.10 am near Arunachal Pradesh`s Doulasang area, adjoining China.Tezpur has one of the three IAF air bases in the country that host the Sukhois.