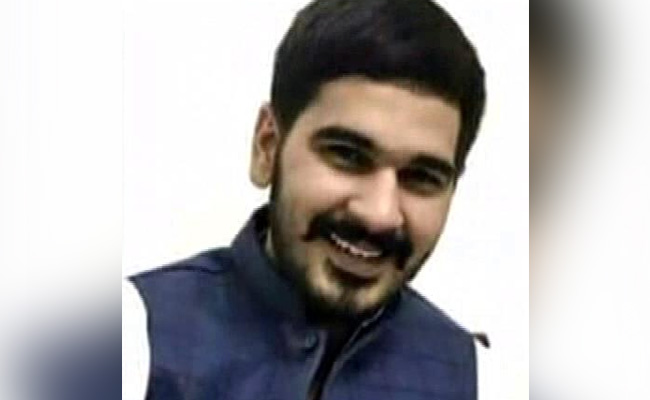 CHANDIGRAH : Haryana Chief Minister Manohar Lal Khattar today said the arrest of state BJP chief Subhash Barala’s son for allegedly stalking a young woman was an “individual issue”. Vikas Barala was arrested after the young woman posted a spine-chilling account of a midnight car chase through the streets of Chandigarh on Facebook. The woman said she was nearly kidnapped by Vikas Barala and his friend, who were in a Tata Safari SUV.
“This issue is not of Subhash Barala. It is an individual issue and law will take its own course,” said the Chief Minister in response to opposition demands to remove the BJP chief from his post. In a statement, Subhash Barala said he had full faith in the law. “We respect the law and law has taken its course. Truth will soon come out through the court. I have full faith in the law,” he said.

In her post, the woman had said post-midnight on Saturday, she was followed by the car of the assailants from a petrol pump. The two men repeatedly blocked her car and tried to corner her. Twice, one of the men got off the car and came towards her. When the police reached her, following her frantic calls, he was banging on her window and trying to open the door.
“I find it shocking, that in a place with cameras at every light and cops every 200 metres, these boys thought they could either get into my car, or take me into theirs, just because they’re from an influential background,” she wrote.
The young woman, who is the daughter of a bureaucrat, said she got lucky because of her privileged position in life.  “I’m lucky, it seems, to not be the daughter of a common man, because what chance would they have against such VIPs?” she wrote in the post that was widely shared over the week-end.  She added that she was also “lucky”, because “I’m not lying raped and murdered in a ditch somewhere”.

In a Facebook post, titled “Was almost kidnapped on a Chandigarh road last night,” the woman, who is the daughter of a bureaucrat, gave spine-chilling details of how the men in a white SUV had chased her down the streets of Chandigarh post-midnight on Saturday.
After the post was widely shared, the opposition demanded that the state BJP chief, Subhash Barala, step down. “Condemn attempt to kidnap&outrage modesty of young lady in Chdgrh. BJP Govt mst punish the guilty;not colludeW/culprits&mindset they represent,” (sic) tweeted party vice-president Rahul Gandhi.

The state Congress today held protests at various places against the incident. “The arrogance of power in the BJP, the party which talks about saving and educating girl child, has reached to such a level that son of a state BJP chief dared to commit such crime,” said state Congress chief Ashok Tanwar, who led a protest in Faridabad.
In a Facebook post, her father also described her horrifying experience. “If we do not persist in trying to bring the guilty to justice, more and more daughters will suffer this hurt… Someone has to stand up. We are standing. So long as we can,” he wrote.