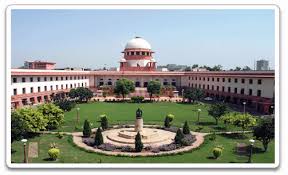 NEW DELHI : Governments must be seriously hemmed in with guidelines for how many newspaper ads they can place and the ads must not “glorify politicians in power”, says a committee appointed by the Supreme Court.
According to the  report of the committee, which was created in April this year after a group of non-profits urged the top court to stop governments from misusing taxpayers’ money. The case alleged that governments at the Centre and in states use these ads to “promote private interests.”
The three members of the committee say that governments must decide in advance on a list of personalities whose birth or death anniversaries will be marked with ads. The government must then specify which ministry should release the ad to avoid differentdepartments and state-run companies from paying tribute to the same leader with a multitude of ads. “There should be a single advertisement only,” the committee says. It adds that photos of political leaders should be avoided in ads, but if that is not possible, the ads should feature only one of these leaders: the President, Prime Minister, Governor or Chief Minister.
It also says its recommendations are to prevent “the arbitrary use of public funds for advertising… to project particular personalities, parties or governments without any attendant public interest.”
Further, the ads must steer clear of “the glorification of political personalities”, the committee says, urging that its recommendations, once cleared by the Supreme Court, be implemented till the government passes a law to prevent the misuse of public funds  for advertising.
The Supreme Court will review the committee’s report and then decide what happens next.