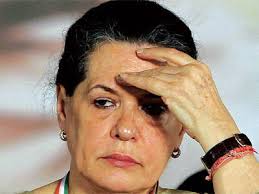 NEW DELHI: In a major ‘revelation’, BJP MP Subramanian Swamy has claimed that he knows that where Congress president Sonia Gandhi had stashed money which she received as bribe in Agusta Westland VVIP chopper deal.
“Sonia Gandhi did receive bribe money; she stashed it in Geneva’s Sarasin Bank,” claims Subramanian Swamy.”A part of bribe money received by Sonia Gandhi was also deposited in Pictet Bank,” Swamy added during a conversation with ABP News.
“Now, Enforcement Directorate (ED) must probe the bribe matter of Sonia Gandhi on the basis of these Sarasin Bank and Pictet Bank details,” Swamy demanded.
Earlier, a major controversy had erupted over ‘Signora Gandhi’, whose name was mentioned in the Italian court’s verdict on AgustaWestland VVIP chopper scam.
The 225-page verdict by the Milan Court of Appeals (an Italian court) mentions name of one ‘Signora Gandhi’. The verdict also mentions Congress leaders Manmohan Singh, Oscar Fernandes and Ahmed Patel.
Signora is a title or form of address used of or to an Italian-speaking married woman, corresponding to Mrs or madam.
AgustaWestland VVIP chopper scam: Who is ‘Signora Gandhi’ and what Italian court said about her in judgment?

After this Congress president Sonia Gandhi is under fire from BJP.The 225-page judgment says that there was “reasonable belief that corruption took place” in the 2010 VVIP helicopter deal and the former Indian Air Force chief SP Tyagi was involved.
Also, the verdict says that a bribe of Rs 125 bribe was given to Indian politicians.