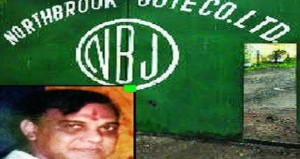 KOLKATA: Six people have been arrested for the lynching of the chief executive officer of a jute mill in West Bengal’s Hooghly district, police said Monday. H.K. Maheswari, CEO of North Brook Jute Mill in Bhadreswa, was beaten to death by agitated factory workers demanding an increase in weekly working hours.
Following the orders of Chief Minister Mamata Banerjee who has alleged involvement of BJP and CPI-M affiliated trade union members in the attack, police have arrested six people since Sunday night.
“We have arrested six people in this connection and presented them before a court which remanded them to custody,” said a police officer. Of the six arrested, two each are members of the BJP affiliated Bharatiya Mazdoor Sangh and CPI-M’s Centre of Indian Trade Unions. However, both the workers’ unions have denied the involvement claiming the arrested were not present at the site when the incident happened. Meanwhile, the ruling Trinamool Congress during the day moved a motion in the state assembly condemning the murder of Maheswari. “Militant trade unionism will not be tolerated,” Banerjee said in the assembly.
Directing the police to take stringent action those who killed Maheswari and those who instigated the crime, Banerjee Sunday had alleged that members of the BJP and CPI-M trade unions killed the CEO.