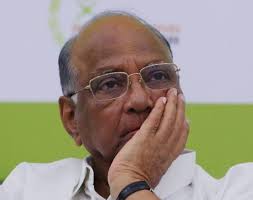 MUMBAI: NCP chief Sharad Pawar today declined to comment on the claims that underworld don Dawood Ibrahim, one of the prime accused in 1993 Mumbai blasts, wanted to surrender.
Pawar, who was the chief minister of Maharashtra in early 1990s, declined to comment when asked by reporters at Aurangabad about reports that Dawood had offered to surrender.
Former Delhi Police Commissioner Neeraj Kumar in an interview to a national daily last week, was quoted as saying Dawood, labelled by the US as ‘Specially Designated Global Terrorist’, had got in touch with him and wanted to surrender, but the plan was shelved by the government.
However, the 1976 batch IPS officer who retired as Delhi police chief in 2013, later denied reports attributed to him that Dawood had negotiated surrender with him months after the 1993 blasts and that the government of the day scuttled the plans at the last moment.