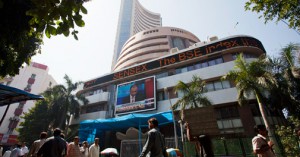 MUMBAI: The benchmark BSE Sensex recovered 104 points to 25,879.72 in early trade on Thursday on short-covering by participants on November series expiry in the derivatives contracts and positive global cues.
The 30-share index, at 1018 hours was trading up 161.21 points, or 0.63% at 25,936.95.. The gauge had lost 92.75 points in the previous two sessions.Markets remained closed on Wednesday on account of “Gurunanak Jayanti”.
Besides, value-buying in consumer durables, realty, FMCG, IT and metal stocks positively impacted trading sentiment.The NSE Nifty rose by 26.75 points, or 0.34%, to 7,858.35 in early trade.
Brokers said short-covering by participants as Thursday being the last trading session of November contracts in the derivatives segment supported the market.
A firming trend at other Asian bourses on easing tensions over Turkey’s shooting down of a Russian warplane and broadly upbeat US economic data also sparked buying on domestic markets, they said.
Among other Asian markets, Hong Kong’s Hang Seng firmed up 0.92% while Japan’s Nikkei moved higher by 0.56% in early trade on Thursday. Shanghai composite Index was up 0.11%.The US Dow Jones Industrial Average ended 0.01% higher on Wednesday’s trade.