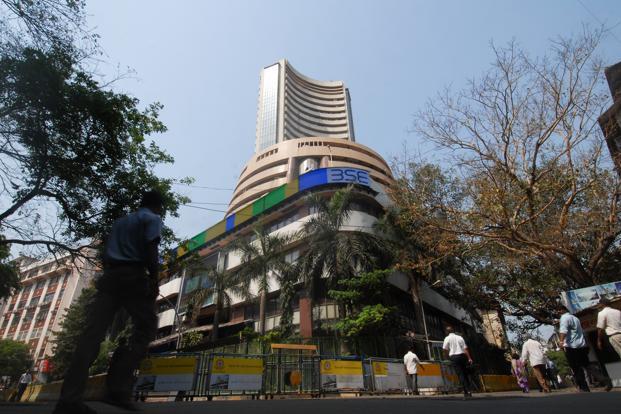 MUMBAI: Indian shares fell around 1% on Friday, while the rupee hit its weakest point since early April amid concerns that the government’s plan for a stimulus to halt an economic slowdown may have a negative impact on the fiscal deficit. Finance Minister Arun Jaitley had said earlier that the government was looking for ways to lift economic growth, which slipped to a three-year low of 5.7 percent in the quarter to end-June.
Global investor sentiment was subdued after North Korea said it might test a hydrogen bomb in the Pacific Ocean and escalated a war of words with US President Donald Trump. “This remains a potential threat to the overall markets,” said Teena Virmani, vice-president, Kotak Securities. “Valuations are still a concern. There will be some kind of profit-booking at these levels wherein a large amount of froth had been built up in the last 1-1/2 months,” said Virmani. Here are the latest updates from the market:

The BSE Sensex dropped over 300 points in mid-session trade Friday due to across the board sell-off led by realty, bank, financials and capital goods stocks after renewed threat of North Korea conducting another hydrogen bomb test. The broader Nifty fell below 10,000-level to trade at 9,992.15.