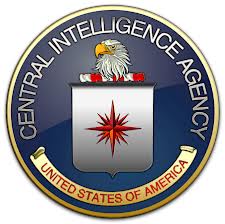 WASHINGTON:  A scathing report released by the Senate Intelligence Committee on Tuesday found that the Central Intelligence Agency routinely misled the White House and Congress about the information it obtained from the detention and interrogation of terrorism suspects, and that its methods were more brutal than the CIA acknowledged either to Bush administration officials or to the public.

The long-delayed report, which took five years to produce and is based on more than 6 million internal agency documents, is a sweeping indictment of the CIA’s operation and oversight of a program carried out by agency officials and contractors in secret prisons around the world in the years after the Sept. 11, 2001, terrorist attacks. It also provides a macabre accounting of some of the grisliest techniques that the CIA used to torture and imprison terrorism suspects.
Detainees were deprived of sleep for as long as a week, and were sometimes told that they would be killed while in US custody. With the approval of the CIA’s medical staff, some CIA prisoners were subjected to medically unnecessary “rectal feeding” or “rectal hydration” – a technique that the CIA’s chief of interrogations described as a way to exert “total control over the detainee.” CIA medical staff members described the waterboarding of Khalid Sheikh Mohammed, the chief planner of the Sept. 11 attacks, as a “series of near drownings.” 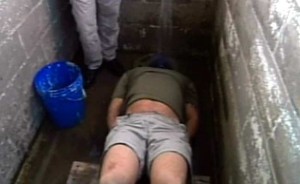 “We cannot vouch for every individual statement that was made over the years of the program, and we acknowledge that some of those statements were wrong. But the image portrayed in the study of an organization that – on an institutional scale – intentionally misled and routinely resisted oversight from the White House, the Congress, the Department of Justice and its own OIG simply does not comport with the record,” the statement said. OIG stands for Office of Inspector General.
The battle over the report’s conclusions has been waged behind closed doors for years, and provided the backdrop to the more recent fight over the CIA’s penetration of a computer network used by committee staff members working on the investigation. CIA officers came to suspect that the staff members had improperly obtained an internal agency review of the detention program over the course of their investigation, and the officers broke into the network that had been designated for the committee’s use.
Most of the detention program’s architects have left the CIA, but their legacy endures inside the agency. The chief of the agency’s Counterterrorism Center said during a meeting with Brennan, the current CIA director, in April that more than 200 people working for him had at one point participated in the program.
According to the Senate report, even before the agency captured its first prisoner, CIA lawyers began thinking about how to get approval for interrogation methods that might normally be considered torture. Such methods might gain wider approval, the lawyers figured, if they were proved to have saved lives.
“A policy decision must be made with regard to US use of torture,” CIA lawyers wrote in November 2001, in a previously undisclosed memo titled “Hostile Interrogations: Legal Considerations for CIA Officers.”The lawyers argued that “states may be very unwilling to call the US to task for torture when it resulted in saving thousands of lives.”
The Intelligence Committee report describes repeated efforts by the CIA to make that case, even when the facts did not support it. For example, the CIA helped edit a speech by Bush in 2006 to make it seem as if key intelligence was obtained through the most brutal interrogation tactics, even when CIA records suggested otherwise.

In 2002, the CIA took custody of Abu Zubaydah, who was brought to Thailand. There, two CIA contractors named James E. Mitchell and Bruce Jessen were in charge of the interrogation sessions, using methods that had been authorized by Justice Department lawyers. The two contractors, both psychologists, are identified in the Senate report under the pseudonyms Grayson Swigert and Hammond Dunbar.
The program expanded, with dozens of detainees taken to secret prisons in Poland, Romania, Lithuania and other countries. In September 2006, Bush ordered all of the detainees in CIA custody to be transferred to the prison at Guantanamo Bay, Cuba, and after that the CIA held a small number of detainees in secret at a different facility for several months at a time – before they were also moved to Guantanamo Bay.
Obama spoke expansively about the Senate report in August, saying that any “fair minded” person would believe that some of the methods that the CIA used against prisoners amounted to torture.
He said he hoped that the report reminded people that the “character of our country has to be measured in part not by what we do when things are easy but what we do when things are hard.”
At the same time, Obama said that he understood the pressure that the CIA was under after the Sept. 11 attacks, and that “it is important for us not to feel too sanctimonious in retrospect about the tough job that those folks had.”
Taken in its entirety, the report is a portrait of a spy agency that was wholly unprepared for its new mission as jailers and interrogators – but that embraced its assignment with vigor. The report chronicles millions of dollars in secret payments between 2002 and 2004 from the CIA to foreign officials, aimed at getting other governments to agree to host secret prisons.
Cables from CIA headquarters to field offices said that overseas officers should put together “wish lists” speculating about what foreign governments might want in exchange for bringing CIA prisoners onto their soil.