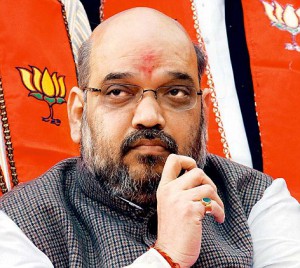 MUMBAI:  BJP president Amit Shah will make yet another visit to Mumbai today in an attempt to resolve his party’s alliance crisis in Maharashtra, where elections will be held in exactly three weeks. What had seemed like a breakthrough on Tuesday morning unraveled by the evening, with the smaller allies of the Shiv Sena and BJP rejecting a proposal that they contest fewer seats to accommodate the demands of both senior partners.
The Shiv Sena and the BJP, allies for 25 years, have been warring over seat-sharing in the 288-seat Maharashtra assembly. Each has rejected multiple “formulae” suggested by the other. Yesterday they finally appeared to agree on a formula that would allow the BJP to contest the 130 seats it wants and the Sena the 150-plus it has been insisting upon.

But there was a catch – this would mean that only seven seats would be left for their four smaller allies in what is called the “Mahayuti” alliance, not the 18 that was initially planned.
The BJP reportedly had misgivings about shortchanging the allies. At a meeting later in the day, those allies rejected the proposal. Raju Shetty of the Swabhiman Shetkari Sangathana told NDTV, “What is the logic used to arrive at this figure of seven? In our meeting in July itself I had said we (allies) need to contest on more seats. How can four parties split seven seats between them?”
Both the Sena and the BJP are clear that they want to take the smaller parties along and the rejection has sent the alliance back to the drawing board. More meetings are expected today even as backroom negotiations are continuing. Amit Shah reaches Mumbai this evening. The parties now have three days to resolve their differences and get on with electioneering. Nominations have to be filed by Saturday, September 27 and voting will be held on October 15.
Leaders from both the Sena and the BJP have admitted that this is the deepest crisis their alliance has faced. They can draw some consolation from the fact that the rival coalition of the Congress and the NCP, which has ruled Maharashtra for the last 15 years is equally in a disarray.
The Congress and NCP too are engaged in a tug of war over seats and have failed to reach an agreement yet. There are no meetings of those partners scheduled for today.