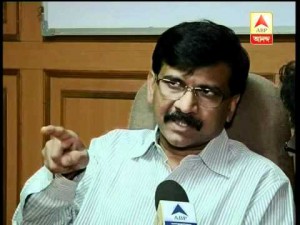 MUMBAI: Shiv Sena leader Sanjay Raut today sparked a major controversy by saying in a column that Muslims in the country were suffering due to vote bank politics and that revoking their voting rights would solve their problems
“Till Muslims are used as vote-banks, they have no future. This is why Bal Thackeray had demanded that Muslims’ voting rights be taken away. This was right. The day voting rights of Muslims are taken away, the facade of people who claim to be ‘secular’ will be exposed,” Mr Raut said, invoking party founder Bal Thackeray who died in 2012, in a column published in Shiv Sena mouthpiece Saamna.
In a seeming justification of his earlier remarks, the 53-year-old, a Rajya Sabha member from Maharashtra, later referred to Mr Thackeray again to say, “Balasaheb had said 15 years ago that if the voting rights of Muslims is taken away for a few years, then the lobbying for their votes will stop.”As criticism poured in over Mr Raut’s remarks, the Shiv Sena sought to downplay the article saying the party is against “appeasement politics” and the violation of fundamental rights of Muslim women.
“The (Saamana) article tries to say that to achieve development in every sphere of life, the politics of appeasement being done by a section of leaders needs to be done away with as it is not in the interest of Muslims. These people are only misguiding the community without really helping them,” Sena spokesperson Neelam Gorhe told Media.
Reacting to the Sena leader’s comments, Congress’ Abhishek Manu Singhvi, said, “It is disgusting to hear such remarks… We are living in a democratic country, not in any Talibani state.”
“The comments are unfortunate and against the law,” said Kamal Farooqui, member of All India Muslim Personal Law Board.
Mr Raut, in his column today, also hit out at prominent Muslim leaders Asaduddin and Akbaruddin Owaisi – belonging to the All India Majlis-E-Ittehadul Muslimeen (AIMIM) – accusing them of practicing vote bank politics. “As long as Muslim votes are for sale, the community will remain backward and its leaders will become rich,” Mr Raut said.