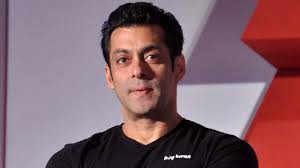 MUMBAI: After Bollywood superstar Salman Khan was appointed the goodwill ambassador of the Indian team for Rio Olympics 2016, various sections opposed it outrightly.
Also, an online petition was filed to appeal for the removal of the Bollywood superstar as the ambassador. However, actor’s father Salim Khan has been quite vocal in supporting his son’s appointment.

Salim Khan had earlier in the day tweeted about how sportsmen are performing because of sports lovers in the country. Times Now recently quoted Milkha Singh, who shot back at Salim Khan and said,

“I have said that people who have won laurels for the country should go and not Salman Khan”. He further added, “They think that by making a movie on Milkha Singh they have done me a favour, I do not agree to this”.