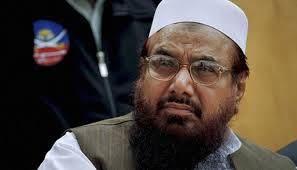 WASHINGTON: The US has welcomed news reports that Pakistan is contemplating banning several terrorist organisations including the Haqqani network and 26/11 mastermind Hafiz Saeed’s Jamaat-ud-Dawa (JuD), calling it an important step towards eliminating terrorist activities in that country.
“We welcome the reports that the Government of Pakistan plans to outlaw the Haqqani Network, Jamaat-ud-Dawa, and I think about 10 other organisations linked to violent extremism,” State Department Deputy Spokesperson Marie Harf, told reporters.
“If they go forward with this, it is an important step, certainly, towards eliminating terrorist activity in Pakistan,” Ms Harf said, adding that
Secretary of State John Kerry had a very good visit to Pakistan where he talked to the Pakistani Government about counter-terrorism efforts.
According to the reports, Pakistan plans to ban 10 terror outfits, including Saeed’s terror outfit and the Afghan-based Haqqani Network, a move seen by experts as a “paradigm shift” in the country’s security policy in the aftermath of the Peshawar school massacre in which 150, mostly children, were killed.
“Certainly, this would be an important step going forward. We certainly believe that if this goes forward, that it would be an important step,” Ms Harf said.
“We’ve been very clear with the Pakistani government that they need to crack down and go after all terrorist groups that threaten them, threaten their people – their people are, unfortunately, the victims of more terrorist attacks than people probably anywhere else,” said the spokesperson.
Speaking about Mr Kerry’s visit, Ms Harf said, “It’s a broad relationship that goes beyond security. I think that was a really key part of what he wanted to focus on when he was there. The banning of these terrorist groups is obviously for the government of Pakistan to decide on, but it was a very good visit.”